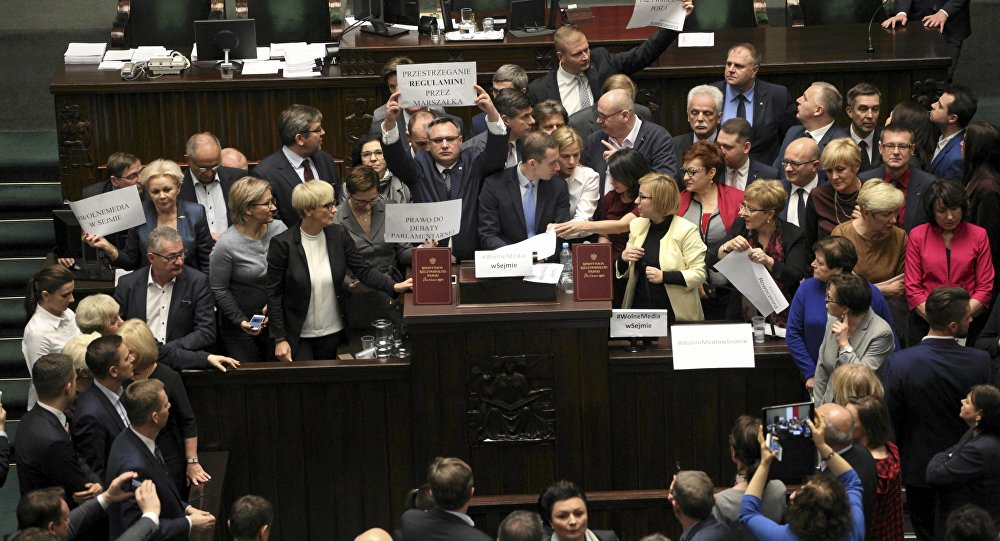 MOSCOW (Sputnik) — Reports emerged on Wednesday that the opposition lawmakers blocked for the second time the work of the lower house of the country’s parliament as part of a sit-in protest first held in mid-December.

"This is the [Criminal Code] article 128, part 3, envisaged penalty – up to 10 years of prison," Blaszczak said, as aired on the Polish Radio.

He also said that financial penalties were more appropriate for the opposition lawmakers, breaching the law.

Polish opposition has been boycotting the work of the Sejm since December 16, after the parliament announced its plans to restrict the work of journalists in the lower house. Despite the boycott the Sejm had enough members on to meet the constitutional quorum and approved a number of bills, including the draft budget for 2017. The opposition considers the results of the vote illegitimate, demands to hold a second meeting and calls for resignation of the Sejm’s speaker Marek Kuchcinski.

Polish Sejm Cancels All Restrictions on Media Access to Parliament