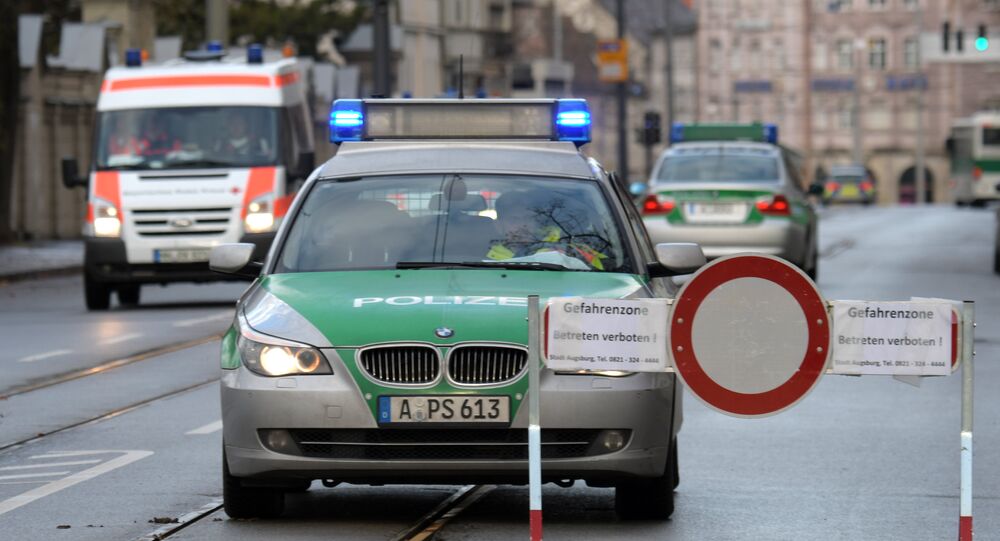 German police dismissed media reports that a girl had been brutally raped by an asylum seeker and required an urgent abdominal surgery in the Bavarian town of Muehldorf.

MOSCOW (Sputnik) — German police denied on Tuesday reports that a girl had been sexually assaulted in the Bavarian town of Muehldorf am Inn after the story was circulated on social networking websites.

© AP Photo
Afghan Asylum Seeker Sets Himself on Fire in Bavaria
The police in Upper Bavaria said on Facebook they were in constant contact with Muehldorf colleagues who did not confirm the story. It has been reposted several times on Facebook since this morning.

"We have and will report the circulated contents and people responsible to Facebook," police said, adding it was considering legal action "especially regarding the deliberate pretense of criminal offenses."

The story claimed that a girl had been brutally raped by an asylum seeker and required an urgent abdominal surgery. The assault was reportedly covered up by hospital staff and local police.

The issue of "fake news" has become a global phenomenon in recent months with the growth of social media's importance as a tool for spreading information. Facebook announced last month it had partnered up with third-party fact checkers to stop fabricated news stories from polluting its feed.

Afghan Asylum Seeker Sets Himself on Fire in Bavaria