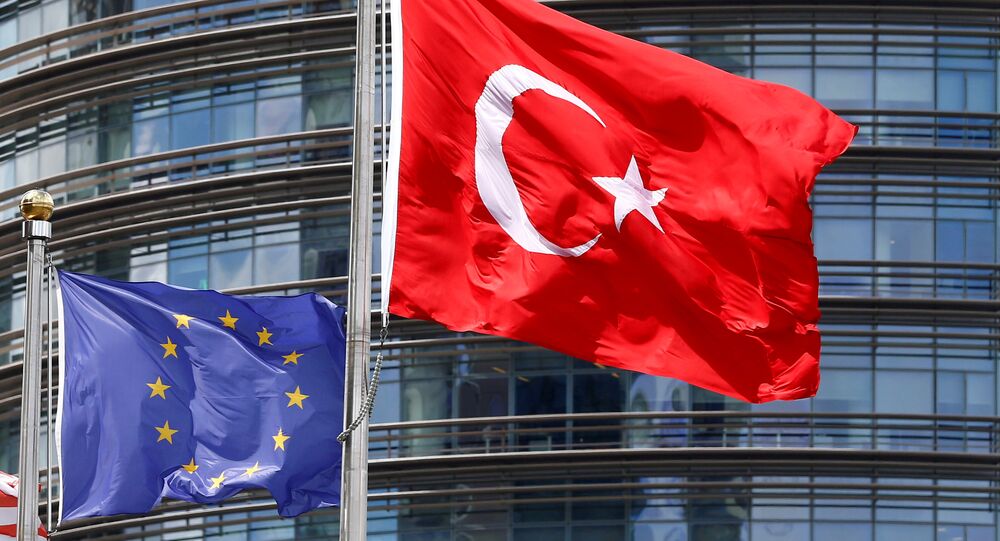 Ankara plans to conclude the process of updating a customs union between Turkey and the European Union before 2018, Turkish Economy Minister Nihat Zeybekci announced earlier this week.

© CC0 / Pixabay
EU Membership Not Fundamental Condition for Turkey's Development - Turkish Lawmaker
The minister pointed out four alternatives for updating the customs union. Among these options are converting the Customs Union Agreement to a comprehensive free-trade agreement or converting the existing agreement, comprising only industrial goods, to a free-trade area.

Ankara is seeking to renegotiate its 1995 customs union with the bloc, in accordance with which Turkey must open its markets to third countries that are part of a free trade agreement with Brussels. In contrast, Turkish goods cannot be exported to third countries without duties, as Turkey is not an EU member.

However, taking into account the existing differences between Ankara and Brussels, the agreement is unlikely to be updated on the terms proposed by Turkey, said Oktay Aksoy, a senior expert at the Ankara-based Foreign Policy Institute and former Turkish ambassador to Finland, Sweden and Jordan.

On the other hand, the diplomat suggested, the changes planned to the agreement may have negative consequences for the Turkish accession talks with the EU.

"However, the negotiations have faced many difficulties and it’s still unclear when it will be completed. There are politicians in Brussels using those difficulties against Ankara. So, Turkey will not be able to become part of the bloc. This is why the Customs Union Agreement needs to be modernized," Aksoy said.

© AFP 2021 / OZAN KOSE
Erdogan Aims to Strengthen Turkish Lira With Pivot to Eurasian Economy
Turkey became a candidate for EU membership in 2005, but the talks on the accession have been drawn out. In March, Turkey's candidature received a boost as it signed an agreement with the European Union on taking back migrants who arrived illegally in Greece in exchange for financial aid and concessions on visas.

Brussels' relationship with Ankara took a hit in the aftermath of July's foiled coup in Turkey, when the European Union objected to the Turkish government's clampdown on those suspected of ties to the coup organizers.

Turkey Seeks to Update Customs Union Deal With EU Before 2018