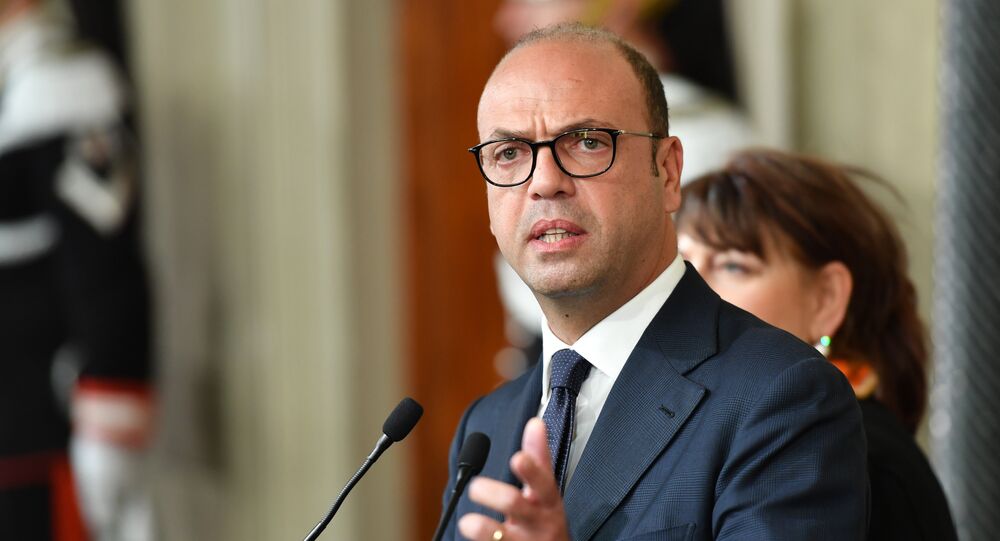 Italian Foreign Minister said that Italy will donate 1 million euros ($1,044 million) to Ukraine as humanitarian aid for the civilians affected by the conflict in the eastern regions of Ukraine.

© AP Photo / Geert Vanden Wijngaert
US Commander in Europe Checks Use of US Equipment in Donbass - Ukrainian General Staff
MOSCOW (Sputnik) – Italy will donate 1 million euros ($1,044 million) to Ukraine as humanitarian aid for the civilians affected by the conflict in the eastern regions of Ukraine, Italian Foreign Minister Angelino Alfano said Tuesday.

"Italy has approved an emergency contribution of 1 million euros … 700,000 euros for the World Food Programme (WFP) to distribute food rations and cash aid to the most vulnerable civilian population, in order to lessen the human impact of the conflict taking place in eastern Ukraine … 300,000 euros will be paid to UNICEF to fund a humanitarian landmine clearance project," Alfano said in a statement.

The funds will also allow conducting school training in order to raise awareness about landmines and other explosive devices among children, who live in dangerous areas, the minister added.

On December 12, the European Commission allocated almost $4.2 million of humanitarian aid to the crisis-torn eastern Ukrainian region of Donbas.

The conflict in eastern Ukraine started in April 2014, when Kiev launched a special military operation in Ukraine’s eastern regions after local residents refused to recognize the new Ukrainian authorities, which came to power as a result of what many considered to be a coup. According to the UN estimates, more than 10,000 people have been killed in Ukraine's conflict.

US Commander in Europe Checks Use of US Equipment in Donbass