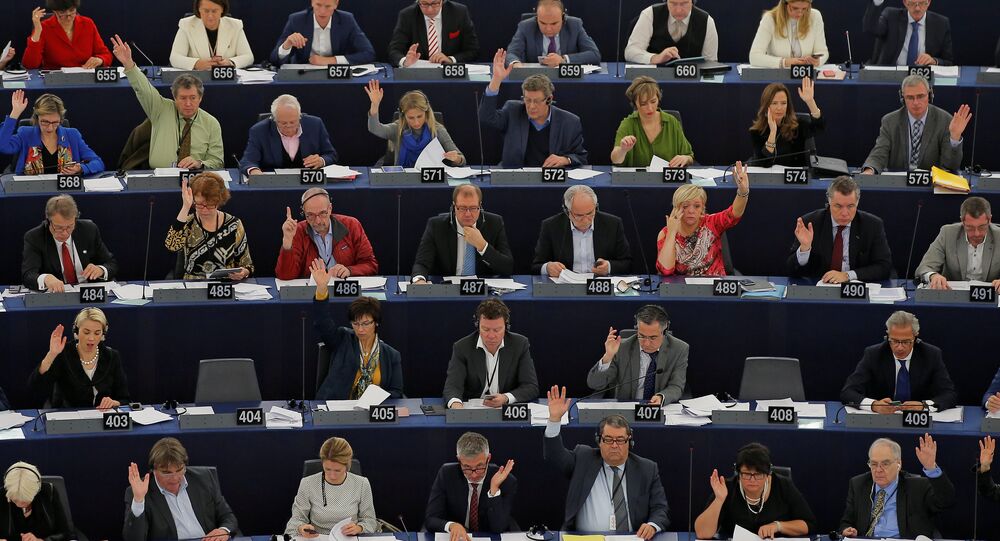 European lawmakers have agreed on reforms that will ban them from having upside jobs as paid lobbyists. The plans are aimed at encouraging transparency and restore trust in the EU. However, there are glaring omissions from the agreement, which will see MEPs still able to take up some second jobs, simultaneously.

After two years of painstaking back and forth, MEPs have voted to overhaul the European Parliament's rules of procedure. The changes have been trumpeted by some, including British MEP Richard Corbett, who prepared the amendments, as a significant towards the EU getting their house in order.

According to Integrity Watch, an online database run by anti-corruption campaigners Transparency International, 170 MEPs, or 21 percent, have at least one second paid job, and 50 earn in excess of US$21,319 a year form this extra work.

It's not known how many have been to have dual roles as lobbyists, along side being politicians.

“Parliament’s ethics rules urgently needed an update but MEPs have failed to address some of the most urgent points” https://t.co/7ygoiPO6qX

Daniel Freund, Head of Advocacy EU Integrity at Transparency International, estimates there are more than 37,00 people involved in lobbying EU lawmakers across the bloc.

My estimate of how many lobbyists influence EU: 37k across EU, 26k in Brussels. What do you say? pic.twitter.com/21uLJO2dbx

The changes come after there have been several high profile cases of undisclosed conflict of interest and malfeasance allegations concerning senior EU officials, such as Commissioner Gunther Oettinger and former Commissioner Neelie Kroes.

However, legislators have fallen short on agreeing to curb second, and even third jobs, which has been strongly criticized as a major shortfall.

It means that still, nothing prevents an MEP from, for example, sitting on the Committee on Industry, Research and Energy, while at the same time being on the board of an energy company.

"Parliament's five-year-old ethics rules urgently needed an update. MEPs however failed to address some of the most urgent points: better declarations of interest to prevent conflicts of interests, a cooling-off period and an independent oversight committee."

Transparency International is calling for an independent oversight committee because even with current Code of Conduct, despite 12 breaches not a single MEP has ever been sanctioned.

Amid growing resentment of centralized Brussels power, the plans appear to be an attempt to reassure the continental public of the EU's ability to be accountable and trustworthy in office.

However, with the strong opposition to what wasn't changed, the European Parliament may have in fact done little to stem the growing tide of populist rhetoric among its members.