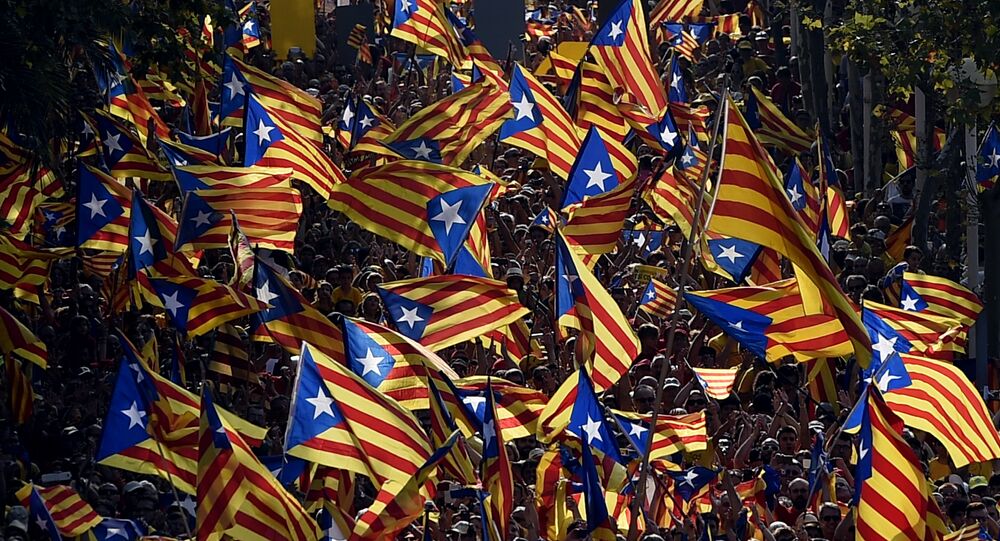 The five activists were called to appear before a criminal court in Madrid after burning Spanish flags on September 11. None of the accused appeared in court, instead continuing their protests by reportedly destroying photos of Spain’s recently-crowned king. Catalonia regional police report that three of the activists were arrested Monday December 12 in Barcelona, and two others outside Madrid the next day.

September 11 is the National Day of Catalonia, a commemoration of the region’s defeat in the 1714 Siege of Barcelona. The Catalan defeat marked the beginning of the reign of Bourbon Charles V of Spain. The Bourbon dynasty rules Spain to this day but many Catalan nationalists view the king as a symbol of oppression.

Spain’s regional governance is considered decentralized when compared with other European nations, composed of seventeen autonomous communities and two autonomous cities whose local governments have a great deal of independence. The country remains a unitary state, however, in which the federal government in Madrid wields the ultimate power. A November 2015 bid for independence in the Parliament of Catalonia was ruled unconstitutional by Spain’s highest court.

Many Catalans prefer the idea of independence. A July 2016 opinion poll from CEO found that almost 48 percent of the local population would vote for independence if given the opportunity, while 42 percent would vote against. CUP’s website states that they seek to create a sovereign Catalonia that is "independent, socialist, environmentally sustainable and free from the domination of the patriarchy." CUP has grown in power and influence in the past several years, graduating from holding three seats in the 135-member Catalan parliament in 2012, to ten seats in 2015.

In addition to CUP’s 10 seats, the Together for Yes coalition, a union of four pro-independence parties, holds 62 seats in the parliament as well as currently holding the presidency. Catalonia is the second most populated and the most prosperous of Spain’s autonomous communities, making up about 16 percent of Spain’s population and 20 percent of the country’s GDP.

Vote on Catalan Independence to Proceed Regardless of Madrid's Permission