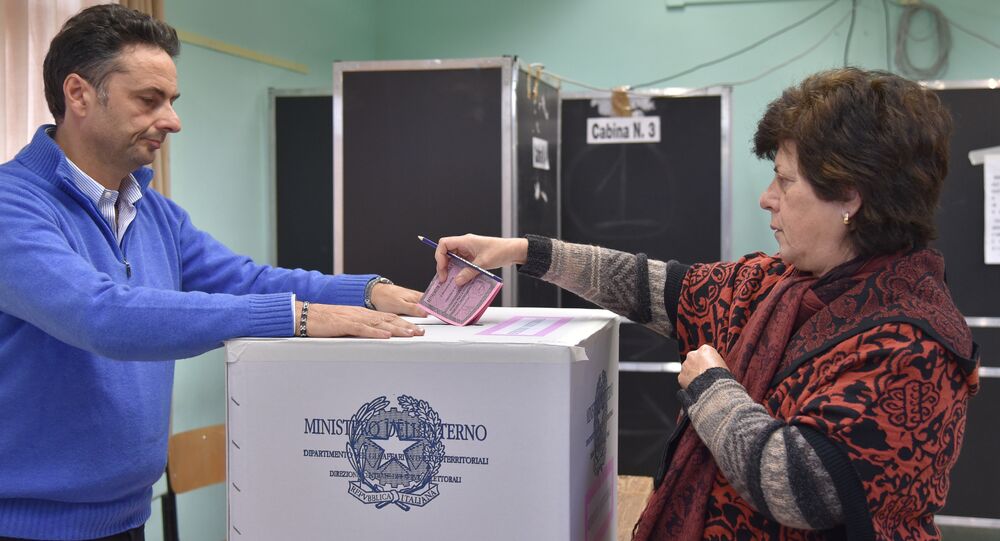 Italy should hold new parliamentary elections as soon as possible in the wake of the failed constitutional referendum and Prime Minister Matteo Renzi's resignation, a member of the Italian parliament from the opposition Lega Nord party, Paolo Grimoldi, said Monday.

© REUTERS / Stefano Rellandini
Italian PM Renzi Vows to Resign After Constitutional Referendum Failure
ROME (Sputnik) — On Sunday, Italians voted on whether the national constitution should be amended to curtail Senate powers and speed up the lawmaking process. The referendum was widely seen as a test of Renzi's leadership and a number of opposition leaders called for the prime minister's resignation as exit polls showed a decisive rejection of the reforms by voters.

"We are pleased with the outcome of the referendum as well as Renzi's decision. He lost. It is time to get up and hold new parliamentary elections as soon as possible," Grimoldi told RIA Novosti.

With 84 percent of the ballots counted, preliminary results suggest that almost 60 percent voted "no," while just over 40 percent voted in favor of Renzi's reforms.

The results hail a victory for the people against the bankers, big finance, media and EU technocrats, the lawmaker said, adding that Italians must choose the next government which will serve the interest of the people.

"As soon as we have a normal government, the country will see stability, we will resolve our problems and the interests of our people will come first," Grimoldi said.

Renzi vowed to step down later on Monday. Lega Nord and the anti-establishment Five Star Movement have been campaigning against prime minister’s constitutional reforms.