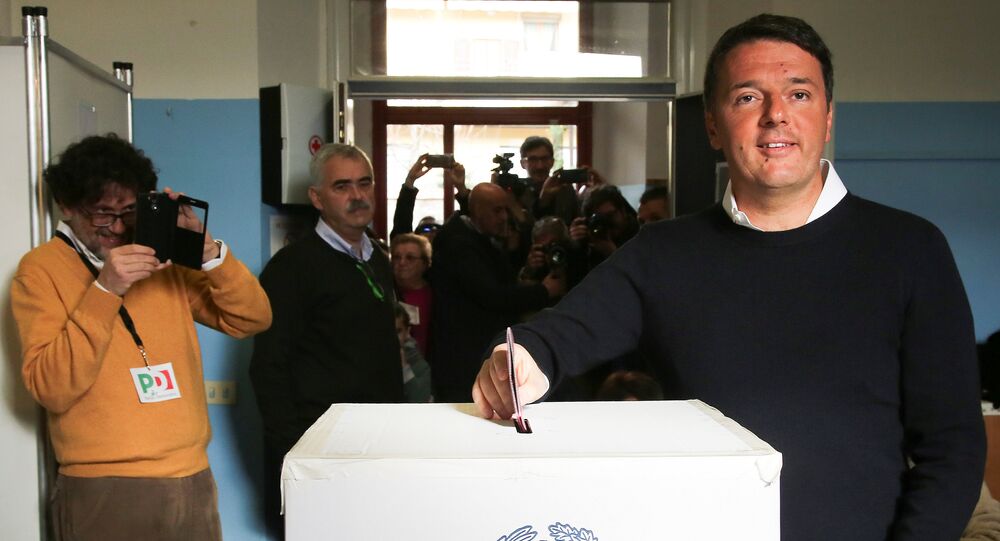 Matteo Salvini, the secretary of Italy's Lega Nord opposition party, has called on Prime Minister Matteo Renzi to immediately resign if exit polls showing the rejection of constitutional reforms prove to be correct.

© AP Photo /
Majority of Italians Reject Constitutional Reforms in Referendum - Exit Polls
ROME (Sputnik) — On Sunday, Italians voted in a referendum on whether the national constitution should be amended to curtail Senate powers and speed up the lawmaking process. The referendum has widely been regarded as a test of Renzi's leadership. Late Sunday exit polls showed the "no" vote leading by up to 10 percentage points at the 54-58 percent level.

"If these results are confirmed, this will be a big victory for the people and Renzi will have to resign within minutes so elections can be held immediately," Salvini told a press conference.

He thanked Italians for a high turnout ans stressed that a failed referendum is a defeat for Renzi as well as his "cronies."

"We will be ready to provide an alternative to Renzi's government for all those who are ready to go and vote," he said.

Renzi previously vowed to step down if the vote is negative. Italy's anti-establishment Five Star Movement has also been campaigning against prime minister’s constitutional reforms. Opinion polls ahead of the vote indicated they have a high chance of being rejected. Renzi is soon due to give a press conference on the outcome of the vote.

Italians Go to Polls in Referendum on Constitutional Reforms

President of Italian Senate Grasso to Visit Russia in 2017