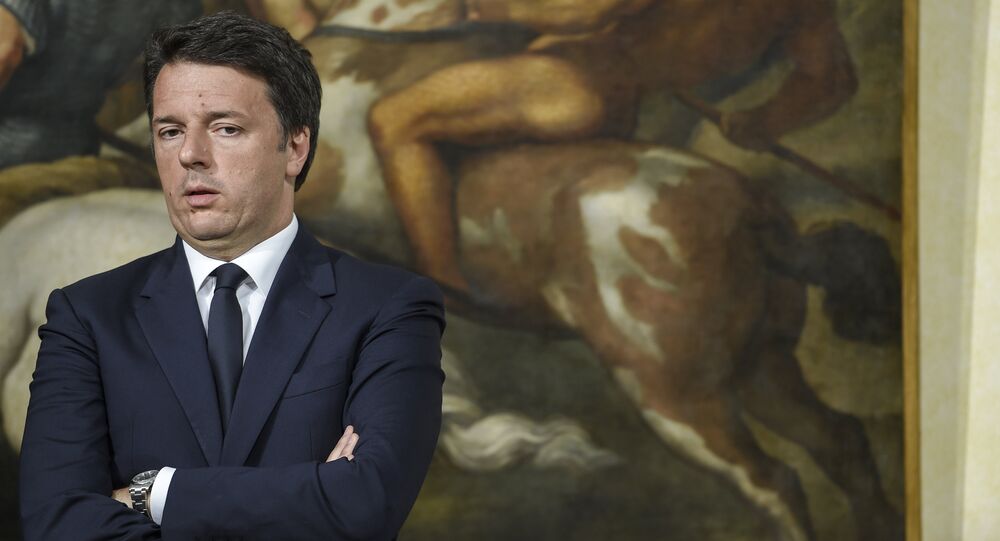 Italy will face new reality regardless of the results of the December 4 referendum on government-proposed constitutional reform, Prime Minister Matteo Renzi said.

ROME (Sputnik) – On August 8, the Italian Court of Cassation approved the holding of the referendum on the constitutional changes which would see the Senate's powers limited in hopes to put an end to deadlocked government and political paralysis, frequently seen in present-day Italy. It is also expected to give a winning party a chance to govern without forming shaky coalitions by introducing the system of run-off elections.

"After December 4 we will enter the new reality both if the ‘yes’ response wins and in case of the ‘no’ victory," Renzi told Il Messaggero newspaper in an interview published on Wednesday.

© REUTERS / Stefano Rellandini
Italy Should Hold Snap Election If Renzi-Proposed Referendum Fails - Senior Lawmaker
Renzi added that Italy would become stronger and more stable if the citizens vote for the changes and noted that it was necessary to vote to reduce the number of the parliament members, to bring an end to the bicameral parliamentary system and to cut salaries of some officials, among the other reasons.

On November 17, Renzi said he would not be a part of a "technical" government if voters oppose his constitutional reforms, proposed by his administration, in the referendum.