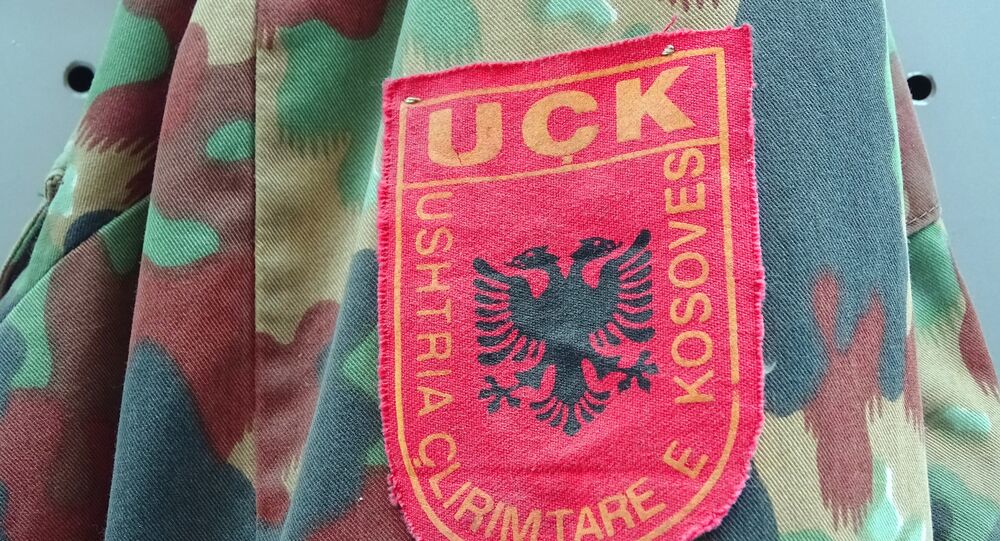 Over the past two decades, the Kosovar government has spent over $2 billion on payment to former members of the Kosovo Liberation Army (KLA) paramilitary organization. Kosovo received the money from the United States and the European Union and since 2009 mostly from the International Monetary Fund (IMF).

© AP Photo / Militant website via AP
Kosovo's Daesh Camps Act as Creche for Young Terrorists
There have been numerous reports of abuses and war crimes committed by KLA members during the 1998-1999 Kosovo war, including massacres of civilians, prisons camps, allegations of organ theft etc. A special court in The Hague has been established to investigate those crimes.

According to different estimates, currently at least 500 KLA veterans are fighting in the ranks of Daesh in Syria.

"Compared to the entire population of Kosovo, this number is the fifth-largest among other European countries. Many of the KLA veterans fighting for Daesh receive payments from the Kosovar budget which regularly funded by the US, the EU and the IMF," journalist Brankica Ristic wrote for Sputnik Serbia.

Currently, there are 46,000 KLA veterans in Kosovo. A list was made up to identify those who deserve pensions from the budget. The IMF unveiled €106 million ($113 million) for the initiative.

© AFP 2020 / JOEL ROBINE
New Hague Trials 'Irrelevant' if Albanian War Criminals Get Free Pass
However, since the time the number of officially registered veterans has increased fourfold. Pristina had to ask the IMF to unveil more funds.

The Kosovar budget for 2017 is €2 billion ($2.1 billion), including money to transform the Kosovo security forces into full-fledged armed forces, which will be funded by the IMF.

However, the IMF does not want to give money for pensions for 46,000 KLA veterans. The fund asked Pristina to clarify the number of veterans. The government hopes that if the IMF rejected to give the money the US could do. But the victory of Donald Trump in the US presidential election has put this into question.

"After the 1999 war Kosovo received $3.8 billion of international aid. According to different sources, between 2000 and 2010 the region received up to $40 billion. Part of this money could have been paid to those fighting now in the ranks of Daesh," the journalist wrote.