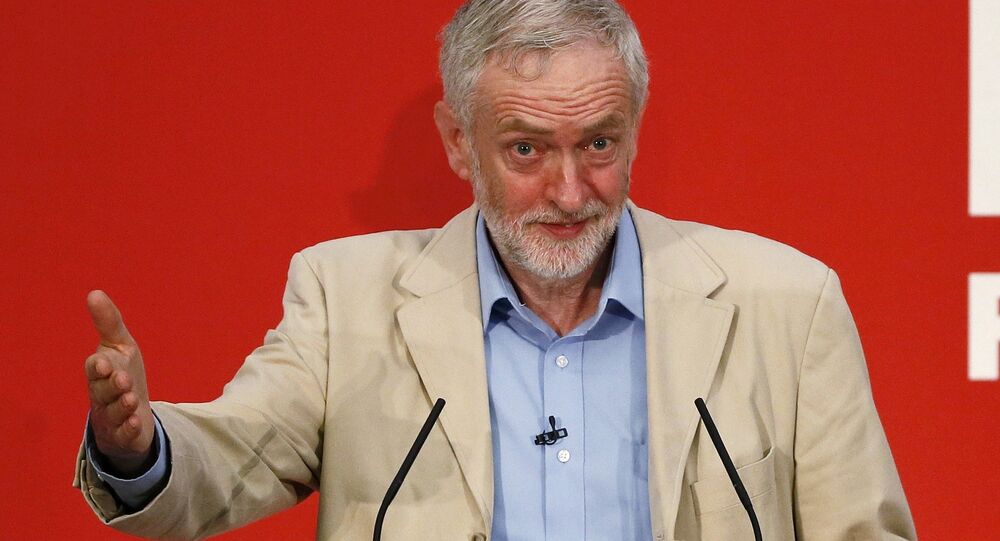 The fiercely anti-war leader of Britain's Labour Party Jeremy Corbyn is being urged by his own MPs to oppose an upcoming House of Commons motion critical of his predecessor Tony Blair's decision to go to war in Iraq in 2003, in a move which could open yet more fissures in the party.

Blair faced bitter opposition and one of the largest protests in recent British history when — as prime minister — he advocated joining US President George W. Bush in the invasion of Iraq — ostensibly because its President Saddam Hussein had weapons of mass destruction capable of hitting UK targets within 45 minutes.

Ahead of the invasion, Corbyn — as a member of Amnesty International, the Campaign for Nuclear Disarmament and (then) national chair of the Stop the War Coalition — was deeply critical of Blair and remained so throughout the invasion and its aftermath.

Corbyn said of Blair, during the 2015 Labour leadership election, that he should be put on trial for war crimes.

"If [he] has committed a war crime, yes. Everyone who's committed a war crime should be [charged]. I think it was an illegal war, I'm confident about that, indeed [former UN Secretary-General] Kofi Annan confirmed it was an illegal war, and therefore he has to explain to that. Is he going to be tried for it, I don't know? Could he be tried for it? Possibly," said Corbyn.

Blair was heavily criticized in the report by Sir John Chilcot into the reasons for going to war against Iraq.

"The judgements about the severity of the threat posed by Iraq's weapons of mass destruction — WMD — were presented with a certainty that was not justified. Despite explicit warnings, the consequences of the invasion were underestimated. The planning and preparations for Iraq after Saddam Hussein were wholly inadequate," Sir John concluded in a clear reference to Blair's judgement.

Corbyn and the Whip

The Scottish National Party — which has secured parliamentary time for a debate, November 30 — is calling for parliament to recognize that the Chilcot Inquiry: "provided substantial evidence of misleading information presented by the then prime minister [Blair] and others on the development of the then government's policy towards the invasion of Iraq as shown most clearly in the contrast between private correspondence to the United States government and public statements to parliament and people."

If the motion is passed, it would open a further inquiry into Blair and whether he misled parliament — technically being in contempt of parliament. Corbyn's dilemma is whether to stick to his convictions and back the motion or to follow the majority of his own MPs who are set to vote down the motion.

Labour's chief whip Nick Brown — whose job it is to 'whip' Labour MPs into a party line — put the issue to the vote, which resulted in a majority of Labour MPs voting for a three-line whip on the motion, which would mean those going against the whip — i.e. Corbyn, potentially — would face sanctions from within the party.