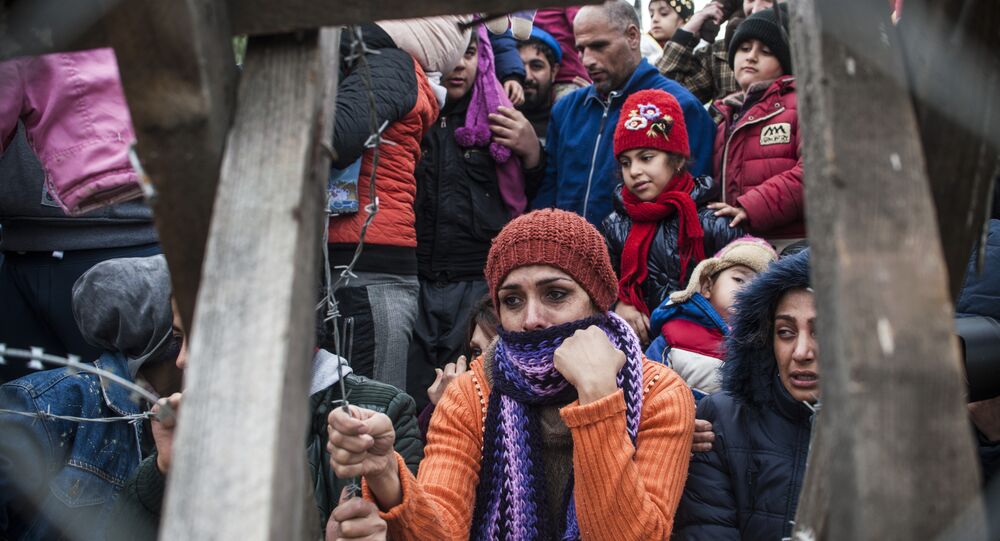 Polygamy in Germany is prohibited in accordance with § 1306 of the Civil Code and is punishable by imprisonment of up to three years or a fine. But many refugees fleeing Middle Eastern countries and arriving in Germany come from different cultural backgrounds in which a man being married to four wives is quite a common occurrence.

Are there polygamous families in Germany? Has anyone dealt with this issue? Do German authorities somehow control refugees in this regard? A recent story of a Syrian migrant who took his four wives and 23 children to Germany prompted Sputnik Germany to investigate the phenomenon.

In the course if the inquiry, it turned out that none of the state institutions that should actually deal with this issue possess any relevant information about the problem.

© Photo : Pixabay
Germany Protests: Refugee Crisis Threatens to Divide Country on Day of Unity
In response to Sputnik's request, the Office for Migration and Refugees wrote that it doesn't have any data on the number of polygamous marriages among refugees arriving in Germany. It also recommended Sputnik sending the same request to the Federal Statistical Office (Destatis) and regional migration services. All of them, however, also couldn't give any information on the issue.

A reply from a representative of Dortmund's migration service sounded as follows: "Good morning, unfortunately, we can't help you with this matter. The city of Dortmund does not collect data of that kind."

Similar answers came from the press-service of the government of Upper Bavaria, Berlin and Munich.

© AP Photo / Yves Logghe
Migrants' Polygamy Not to Affect Chances of Asylum in Germany – Ministry of Justice
Thus, German authorities have not spent resources on the examination of the phenomenon. And this is despite the fact that several German media have already raised this problem previously.

Although the experts said that polygamy hasn't become a mass phenomenon, they admitted that there are still "isolated cases" of polygamous marriages among migrants living in Germany. This trend arises from to the fact that many migrants come from Arabic society where polygamy is "a common phenomenon."

In case of the Syrian refugee who came to Germany with his four wives and 23 children, the man was asked to choose his "main" wife while the three other women were documented just as his "friends." Most likely, in other similar cases, the German authorities acted in the same way.

Migrants Flow to Germany Slowing Down by Thousands