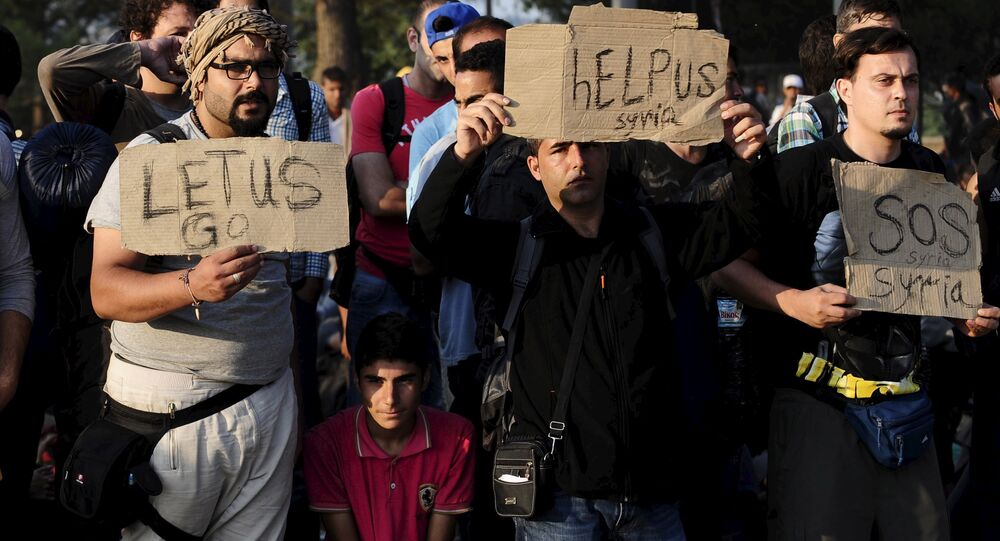 "The year 2016 stands out as a time when the EU decided to shut the door to refugees, and make life harder for those already here… The rush to make the EU a hostile environment and keep people away at all costs belittles the enormous often life-endangering risks people take to escape conflict, persecution and human rights abuses," Human Rights Watch (HRW) Europe and Central Asia Director Judith Sunderland was quoted as saying in a statement after the watchdog released a new report on EU refugee policies.

© AP Photo / Jerome Delay
France Begins Evacuation of Minors From Calais Refugee Camp
Current policies focus on preventing refugees from entering Europe as well as restricting the movement of refugees inside the bloc and placing a disproportionate burden on countries of arrival, HRW said, noting that just a few percent of over 100,000 refugees in southern Europe chosen for relocation have been moved to other EU countries.

HRW called on the European Union to focus on rescuing migrants arriving by sea as well as opening up broader legal migration channels, improving asylum procedures and pressing ahead with the relocation plan.

Europe's refugee crisis escalated in 2015, when hundreds of thousands of migrants from the Middle East and Africa headed for perceived as wealthy EU member states. Some 1.8 million illegal border crossings were detected by the EU border agency Frontex in 2015. Thousands have drowned in the Mediterranean while attempting to cross from Turkey and Libya.