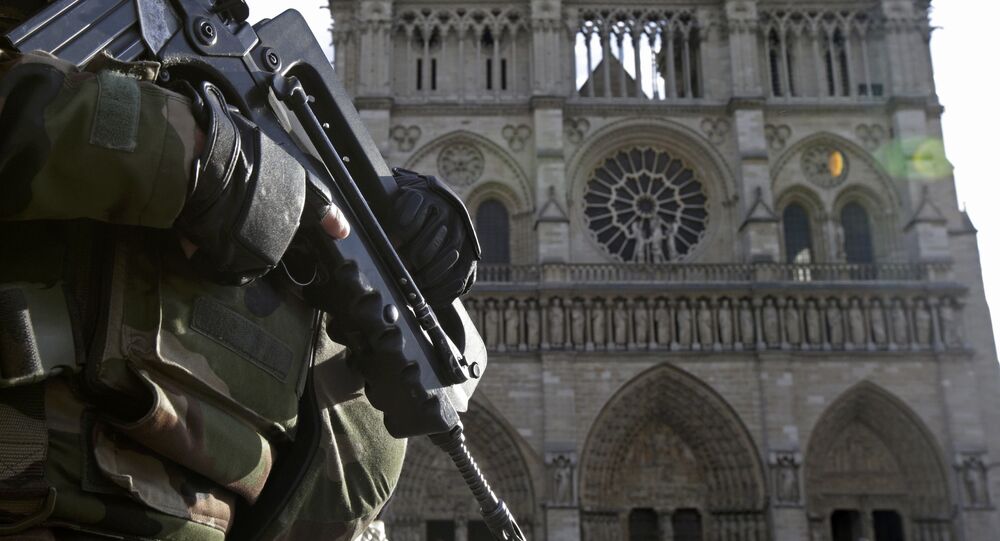 © REUTERS / Charles Platiau
French Authorities to Propose Extension of Emergency State
MOSCOW (Sputnik) — French President Francois Hollande said on Tuesday he wanted to extend the current state of emergency in the country, due to expire in January, to cover the presidential election next April and May.

"I would say a state of emergency was necessary if it were used right," Marechal-Le Pen, a lawmaker in the French parliament’s lower house and a niece of FN leader Marine Le Pen, said. "My impression is that it is a slogan that the government uses to demonstrate its tough stance."

She said a higher security level, in place since last November’s Paris attacks, was not "really efficient" because radical Islam was still being preached by some imams in Paris mosques, while the lack of strong border controls made the country vulnerable to attacks from outside.

France has been on high security alert since a string of gun and bomb attacks by Islamists killed 130 people in Paris on November 13, 2015. The state of emergency was prolonged until the end of January 2017, following a truck attack in the city of Nice, which claimed 84 lives.