A controversial UK security industry summit chose the somewhat unsettling venue of the Tower of London, itself a former torture center and jail, to hold what has been described as "a commercially-motivated prison industry trade fair, disguising itself incorrectly as a networking event."

Activists said that the public face of the two-day "European Custody and Detention Summit" in London was to share methods and practices, but a leaked copy of the summit's real agenda is reported to reveal both the commercial motivations and the involvement of a series of disreputable companies in the sector.

While representatives from Europe's prison and detention industries assembled inside, young students and activist groups gathered throughout the course of the business convention, chanting slogans including, "Profit from pain is inhumane…" and, "Stop the Corporations who profit from Mass Incarceration…"

Thanks to all who came this morning to #stopthesummit protest against the private prison/detention/security summit at the Tower of London pic.twitter.com/bkcp7Xy3ym

​"This so-called 'summit' is for security firms and arms companies to further privatise the UK's border controls and wider criminal justice system. We seem to be heading towards an American-style system where private companies are allowed to turn human detention into a profitable business," one participant told Sputnik.

"This is unethical and not the kind of thing that should be supported in the UK or anywhere else in Europe," another protester said.

​Suzanne, a UK-based member of the human rights group NGO Amnesty International, spoke about her own personal motivation to attend the demonstration:

"Having looked into some of the official reports on prison reform plans being proposed to government, I noticed some were conducted by commercial companies who have a vested interest in the sector. What is needed is for human beings to be treated like humans and not commodities, and this is already apparent with the mass incarceration of refugee communities in detention centers across Europe and without any legal grounds to do so. It's just not acceptable," she told Sputnik.

As delegates who had attended the event emerged from the Tower of London, loudly chanting protesters were studiously ignored. 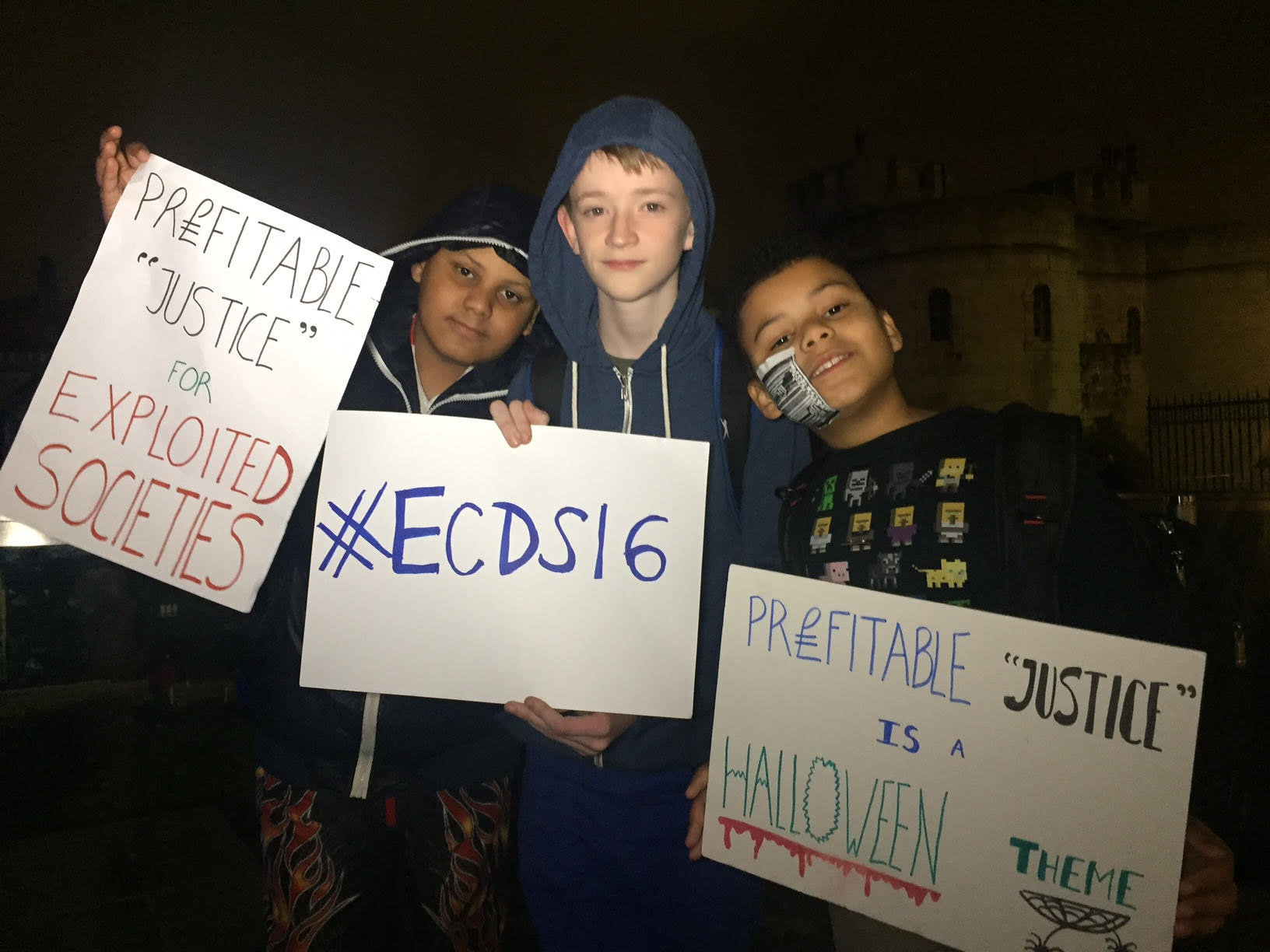 Another protester shared his thoughts on the event:

"Organizers of this summit had presented the theme of the event to be about a progressive vision for the future of prisons and custody. In fact it's just a bunch of private companies coming together with policy makers to advertise things such as new technology, commercial services and systems — basically like an expo," he told Sputnik.

​A senior member of the security team at the Tower of London also spoke to Sputnik about his perspective on the demonstration:

"It's ok for these guys to express their freedom of speech and we can fully appreciate the reasons they are doing so," he said.

When asked about whether he felt the choice of holding a prison industry trade fair at a landmark venue considered by many as "a historical symbol of oppression" was appropriate, he remarked, "We offer our venue for hire to any event organizers and so we wouldn't turn any enquiries away at all, unless there were availability issues, of course."

Aisha Dodwell a campaign and policy officer at 'Global Justice Now,' and one of the demonstration organizers, blogged, "The commodification of prisoners and detainees creates profit incentives to keep ever more people incarcerated. When companies are paid set rates per person they keep in detention it becomes inevitable that more people will be drawn into systems of imprisonment, in order to keep the industry thriving."

"Moreover, as a matter of principle the state's ability to restrict people's liberty is not a function that should be contracted out to the highest bidder. The commercialisation of the mass incarceration of people must end."