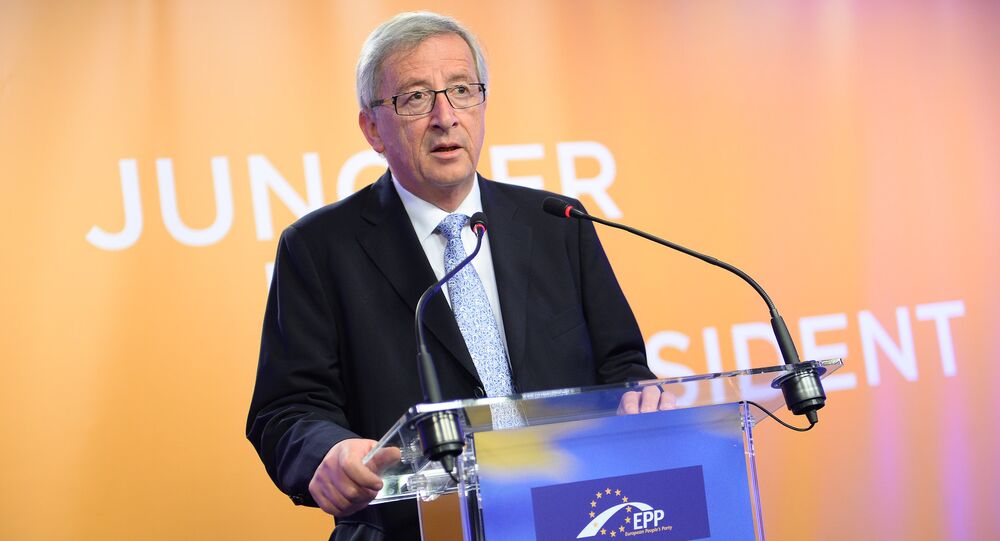 The EU is in need of fundamental reforms of its ethics rules after a committee recommended taking no action against ex-Commission President Jose Manuel Barroso for joining Goldman Sachs as a lobbyist soon after leaving office in the latest example of Commission blindness, Sputnik has been told.

© AFP 2020 / John Thys
EU Staff Hand Petition to Bosses Slamming Barroso, 'Damaging' Revolving Doors
There was outrage when Barroso — who was Commission president from 2004 to 2014 — was appointed non-executive chairman of Goldman Sachs International (GSI) as an adviser.

Three months after the announcement, Commission President Jean-Claude Juncker referred the matter to the Ethical Committee of the Commission, which is made up of former members of the EU institutions. It decided, October 31, that there were "not sufficient grounds to establish a violation of the duty of integrity and discretion" in the matter.

"This is a very disappointing recommendation from the ethics committee. It shows that we really need an in dependent ethics body to do this."

​"The whole system where there is an ethics body appointed by the Commission and then a ruling by the College of Commissioners on their colleagues — people that they have worked with, sometimes for ten years or even longer — is a problem."

The Barroso case is similar to that of Austria's former European Commissioner Benita Ferrero-Waldner, who took a job with Spanish wind turbine exporter Gamesa the same month she had quit the Commission in 2010.

​There was also criticism that former Dutch Commissioner Neelie Kroes, was found to have been the director of a company that was established in 2000 in the Bahamas and which was the vehicle for a proposed deal to acquire some of energy company Enron's assets. She had not declared that directorship when becoming a commissioner.

Transparency International is recommending that the cooling-off period is extended to three years instead of the 18 months which is currently the case, a period during which the commissioners already receive a transitional allowance that is paid for by the EU taxpayer.

"There is a similar problem in the other EU institutions — the parliament in particular — where lots of MEPs, once thy leave office, take up new employment and there are currently no rules whatsoever governing any potential conflict of interest over 'revolving door' cases in the European Parliament," Freund told Sputnik.

"MEPs don't even have to wait to leave office. They can have second employment and there is no clear ban at the moment on being a lobbyist while being in the European Parliament. So we are recommending that is changed and this would be the opportune moment for members of the European Parliament to lead by example and show the Commission how this should be done," he added.

The row over transparency will further compound a lack of trust in the Commission — comprised as it is of officials unelected by popular vote among EU citizens.

The Commission is already under fire for not taking any action against the current German Commissioner Günther Oettinger, who referred to Chinese people as having "slitty eyes" and joking about members of a Chinese delegation in Brussels who had their hair "combed from left to right with black shoe polish".

Meanwhile, the Commissioners are still attempting to hold together the controversial plan they hatched to relocate 160,000 migrants from Greece and Italy to member states according to a quota system that many EU states have refused to go along with. 6,500 refugees have actually been moved in 12 months.

The Commission is also steadfastly defending its plan for the EU-Turkey migrant deal to relocate "irregular migrants" from Greece back to Turkey — against the wishes of the UN refugee agency UNHCR and most NGOs — which it says is still going to plan, alongside Turkish accession into the EU.