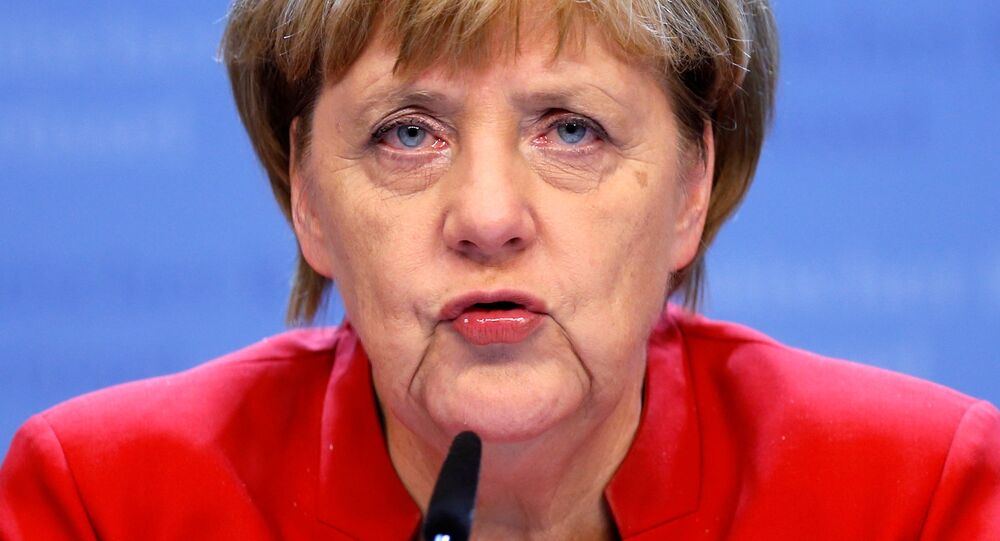 German Chancellor Angela Merkel will not attend this year's annual conference of her sister party, the Christian Social Union (CSU), a year after being given a dressing-down by its leader, Horst Seehofer, who remains a harsh critic of her migrant policy.

Merkel's Christian Democratic Union (CDU) has been in grand coalition with the CSU for decades — apart from a brief separation in 1976 and it has long been a tradition for the leader of the CDU to attend the annual conference of the CSU — this year taking place November 4/5 in Munich, Bavaria — and for the CSU leader Horst Seehofer to attend hers.

However, last year, Seehofer made the German leader look like "a schoolgirl" in a 13-minute tirade, lambasting Merkel over her handling of the refugee crisis, demanding she set a limit on the number of asylum seekers the country would accept. The German chancellor is reported to have listened to his tirade looking deeply unhappy.

The fact that Merkel is not attending this year's CSU conference — known as Parteitag — is a further sign of the disintegration in trust between the sister-parties — her CDU fielding candidates throughout Germany except Bavaria and Seehofer's CSU fielding them in Bavaria, but not elsewhere.

The two have come to blows ever since Merkel declared Germany's doors open to migrants in the summer of 2015, precipitating the biggest mass movement of people through Europe since the Second World War.

Much of the tide of migrants came through southern Germany — Bavaria — where many crossed the West Balkan route, making their way through Eastern Europe to Austria and then into Germany via Bavaria, where Seehofer which bore the brunt of the flows. He called for Merkel to set a cap on the total number of arrivals in 2016, which Merkel has steadfastly refused to do, much to Seehofer's chagrin.

​Merkel has vowed to continue her migrant policy — accepting and processing genuine refugees and calling for an EU-wide relocations system — and win over opponents ahead of next year's federal election, despite rising opposition.

Her CDU party was beaten into third place in regional elections, September 2016, in her home state of Mecklenburg-Vorpommern with 19 percent, overtaken by the populist right-wing Alternative for Germany (AfD) party, which won 20.8 percent of the vote, coming second to the SPD which won 30.6 percent of the vote.

Merkel is hoping to run for a fourth terms in the 2017 federal elections, but Seehofer has refused to rule out making a challenge himself — a sign of the deep splits between the two sister parties, made worse by Merkel's non-appearance in Munich this week.

In Fear of Election Oblivion, Will Merkel Allow Steinmeier to Become President?