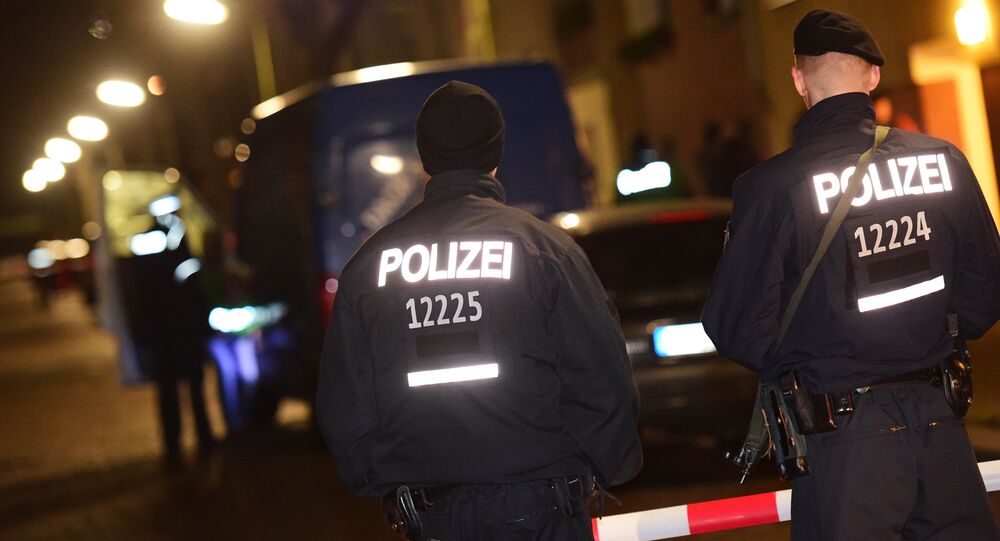 Almost one year ago, the attacks on New Year's Eve in Cologne, Germany, caused panic among German citizens and raised questions about the ability of law enforcement services to protect people. In an interview with Sputnik, psychologist and criminologist Prof. Dr. Rudolf Egg commented on the issue.

© AP Photo / Thibault Camus
Sexual Harassment in Cologne on New Year's Eve Prepared - Justice Minister
On New Year's Eve, hundreds of women in Cologne and in many other German cities were robbed and sexually assaulted by groups of aggressive men, reported to be mostly of Arab and North African origin.

Egg told Sputnik that suspects gathered in large groups and were apparently planning to celebrate the New Year. He said he doubts that the refugees had originally planned to sexually harass women, but after the first few incidents the situation got out of control.

"It seemed as if some kind of a virus started to spread among these men. There were "crowd corridors" that emerged soon after that, blocking the bridge over the Rhine, so that it was impossible to pass through them," Egg said in an interview with Sputnik.

According to Egg, law enforcement authorities were not ready for such extraordinary incidents.

"The police underestimated the seriousness of the situation. They thought they could keep the situation under control with a small force (…). But this calculation was wrong. All this resembled the behavior of football fans on the days of important games or members of political demonstrations, but only at first glance. There was no behavior model, nothing like that had ever happened before. This means that there were too few police officers on the scene from the very beginning and they couldn't do much," the expert explained.

In some cases, police officers still managed to help the victims. However, most of the women who went to the police did not receive adequate support, Egg said.

"Women and men's complaints registered by the police were reproduced during the meeting of the parliament of North Rhine-Westphalia and it didn't seem that anyone had paid much attention to them. For example, one woman said she was sexually harassed. This was a dramatic situation for her, but she was just told: "Stay there, we'll send someone over." It sounded as if the police did not take it seriously and wanted to get rid of her," the expert stated.

"No one could predict that anything like that could happen on New Year's Eve. This, by the way, is shown by the primary investigation of the special police commission in Cologne. Most detained suspects had come to Germany just three or four months prior. They didn't arrange it in advance, they didn't coordinate their actions," Plickert told Sputnik.

So far, the main conclusion from these events is as follows: ‘we need to carefully analyze what happened and apply it in the future'.

"Henceforth, we will act differently during such operations," Plickert said. "We will develop a common security concept in cooperation with the city authorities. There are surveillance cameras in such places, and I assume that on such days the situation in these areas will be monitored very carefully. On the evening of New Year's Eve there were 130 police officers deployed in Cologne. This year, I think the number will reach about 1,000. In my opinion, all the federal states have to take additional security measures, because we all have this Cologne scenario in front of our eyes," he concluded.