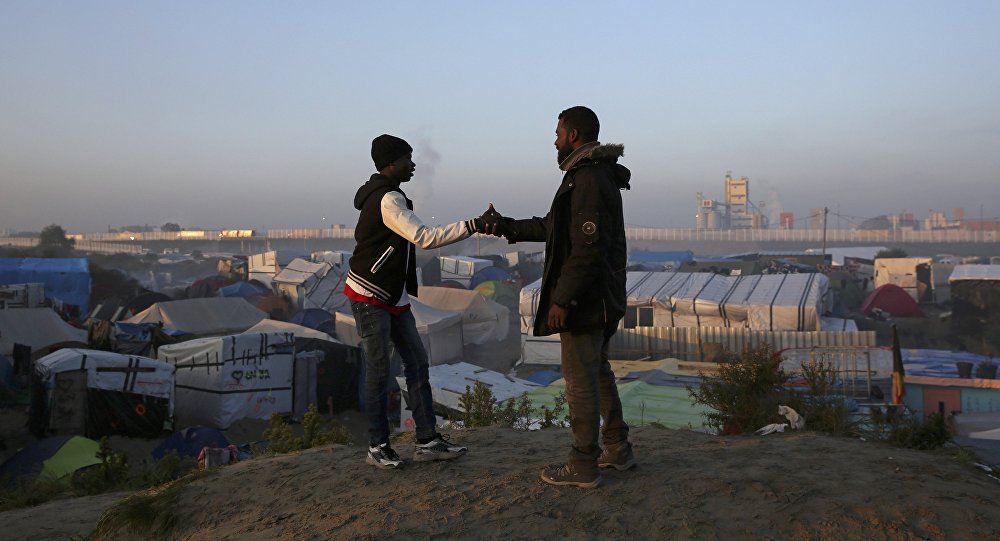 The demolition is underway of the so-called Jungle camp in Calais, northern France, as the last tents and shacks are removed by the authorities.

Sheds and temporary buildings made out of wood have been torn down by workers with sledgehammers and diggers sent to dismantle one of Europe's largest makeshift refugee camps.

Asylum seekers and refugees have been living in squalid conditions there for months waiting desperately for an opportunity to travel to the UK across the English Channel.

Authorities believe that 7,000 people lived in the camp — but aid workers and NGOs on the ground in Calais say the number is more like 10,000.

UPDATE: The shelters in the #Calais jungle are being destroyed but it is still a struggle to identify all of the unaccompanied kids. pic.twitter.com/eOJY5ByLOC

​Evictions started on Monday, 24 October, with around 2,800 people put onto busses and driven out of town. Some migrants, who still look upon Calais as the final barrier before traveling to Britain, are refusing to leave.

​The French authorities have been accused of keeping aid workers and NGOs in the dark about their plans to evict people living in the camp and shut it down for good. The Calais police commissioner hopes to clear the camp entirely by Friday 28 October.

Over the Channel in Britain, it appears to be less about demolition and more about the dosh after the UK's Home Secretary pledged US$44 million to better maintain border controls in northern France.

It's not the first time the UK has put borders before people and with the closure of the camp in Calais, many aid agencies are predicted the problem will pop-up elsewhere with more temporary camps appearing in other parts of France.