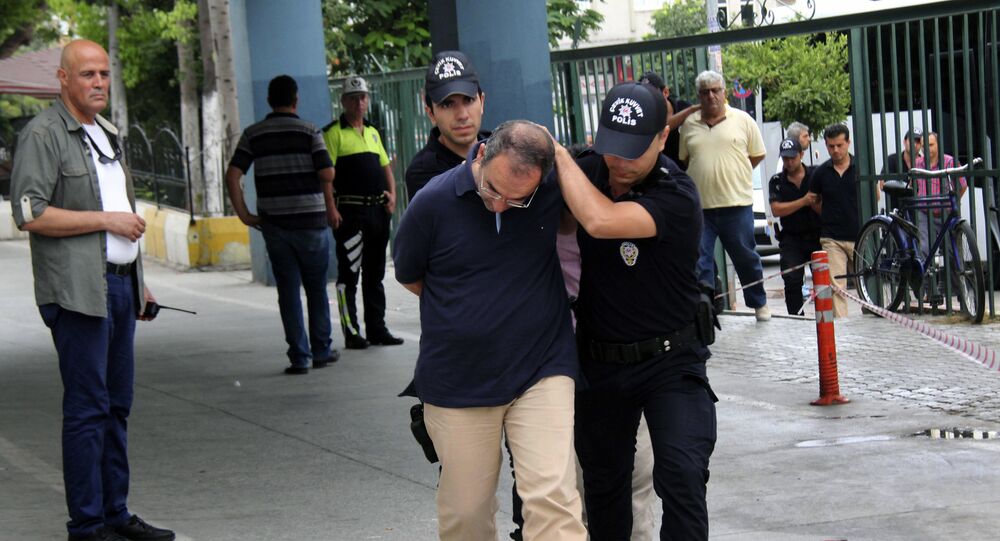 The controversial deal between the European Union and Turkey to relocate refugees from Greece back to Turkey has been thrown into doubt after it emerged that Turkish police have tortured and otherwise ill-treated individuals in their custody.

The EU-Turkey migrant deal is being negotiated in order to stem the flow of migrants reaching Europe. Under the deal, the EU was due to pay Turkey — initially — US$3.95 billion to bolster its refugee camps and accept "irregular" migrants denied asylum in Greece in return — on a one-for-one basis —  for Syrian refugees in Turkey being relocated in the EU.

© AP Photo / Petros Giannakouris
In this Sunday, March 20, 2016 file photo, volunteers help migrants and refugees on a dingy as they arrive at the shore of the northeastern Greek island of Lesbos, after crossing the Aegean sea from Turkey.

However, a new Human Rights Watch (HRW) report, "A Blank Check: Turkey's Post-Coup Suspension of Safeguards Against Torture" has found evidence that "the weakening of safeguards through decrees adopted under the state of emergency has negatively affected police detention conditions and the rights of detainees."

"By removing safeguards against torture, the Turkish government effectively wrote a blank check to law enforcement agencies to torture and mistreat detainees as they like. The cases we have documented seem to indicate that some have done just that. Turkey's government should reinstate these crucial safeguards now," said Hugh Williamson, Europe and Central Asia director at HRW.

This latest news will further compound opposition to the migrant deal because it will give succor to those saying Turkey's record on human rights — which breaches basic EU principles — scuppers any idea of Turkish accession to the EU any time soon — let alone visa-free access to the EU for its citizens.

Earlier in October, Turkish President Erdogan expressed his exasperation at the slow progress being made on talks on Turkey's accession into the EU, as part of the migrant deal. During the opening of parliament in Ankara a few days ago, he demanded a clear decision of the Europeans about accession. "Our patience is at an end," Erdogan said.

If the accession talks break down, there is every possibility that the migrant deal will collapse and open the floodgates, once again, for migrants to spill over into Europe, precipitating another crisis such as the one in 2015.