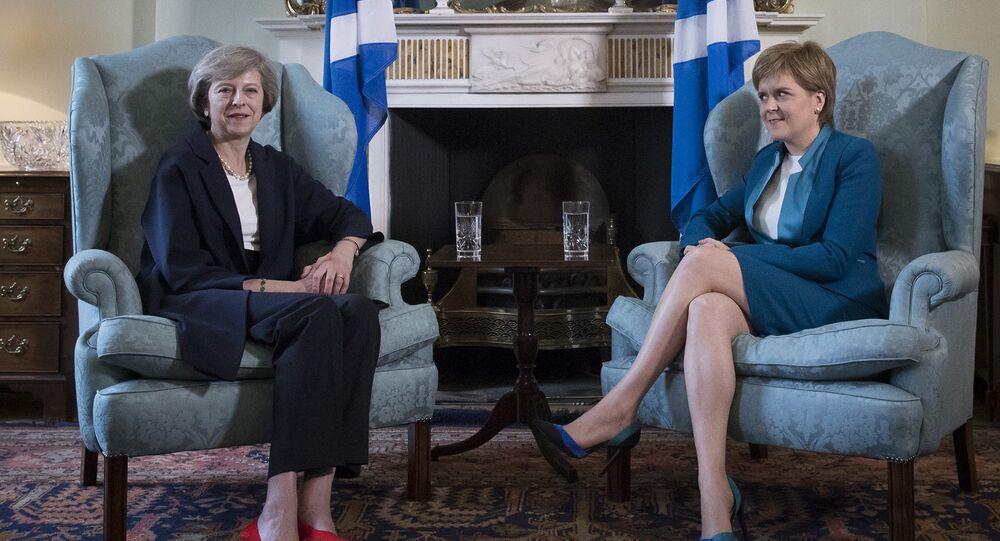 Brexit Talks Between May, Heads of UK Devolved Administrations 'Frustrating'

© REUTERS / Toby Melville
Flexi-Brexit Option Demands Threaten Onset of UK Constitutional Crisis
MOSCOW (Sputnik) — Earlier in the day, Sturgeon held talks with May along with her Welsh and Norther Irish counterparts Carwyn Jones and Arlene Foster to discuss cooperation in elaborating the best way to carry out the Brexit process.

"I don’t mind admitting that parts of the meeting were deeply frustrating. I don’t know anymore now about the UK government’s approach to the EU negotiations than I did before I went in," Sturgeon said, as quoted by The Guardian.

She added that May had promised to consider the options that would allow Scotland to stay within the EU market, but there were no any actions that could had proven the words of the prime minister.

On June 23, the United Kingdom held a referendum to determine whether or not the country should leave the 28-nation bloc. According to the final results, 51.9 percent of voters, or 17.4 million people, decided to support Brexit, while about 16.1 million opposed it. Scotland backed staying in the European Union by 62 percent to 38 percent.