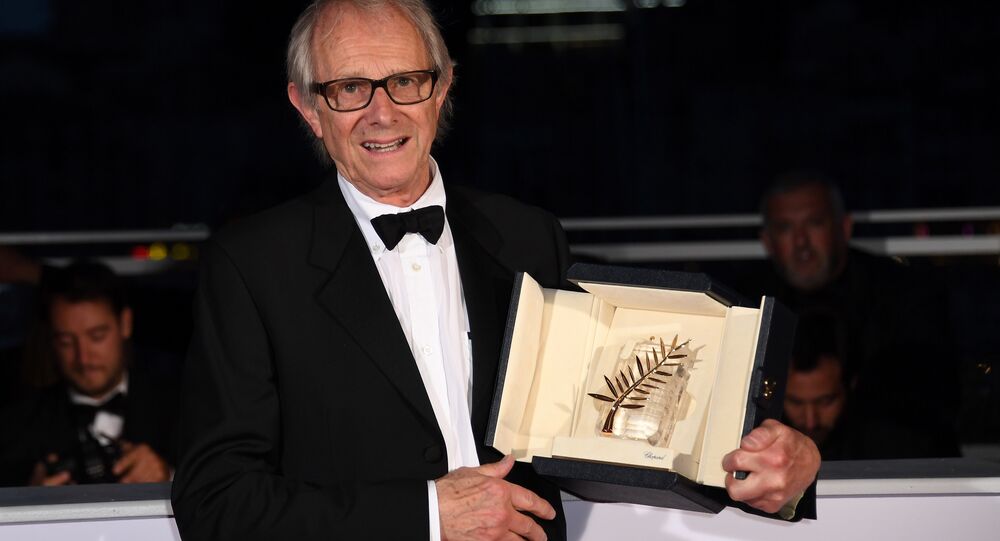 Award-winning film director Ken Loach has called for the BBC to be democratized after hitting out at their "manipulative and deeply political" news coverage.

Loach, whose latest film, I, Daniel Blake, won the Palme d'Or at Cannes, said it was important to challenge the corporation's notion of news.

PL*its a delicate story of friendship and humanity.Whats infused in the story is that we're not creating monsters,the monster is the system

"The BBC is very aware of its role in shaping people's consciousness; this is the story you should hear about, these are the people worth listening to. It's manipulative and deeply political."

The veteran left-wing director also criticized the commissioning of programs like Downton Abbey for promoting a "rosy vision of the past."

"It says, 'Don't bother your heads with what's going on now, just wallow in fake nostalgia.' It's bad history, bad drama. It puts your brain to sleep.

"It's the opposite of what a good broadcaster should do, which is stimulate and invigorate. You might as well take a Mogadon [medicine] as watch it. TV drama is like the picture on the Quality Street tin, but with less quality and nothing of the street," he said.

I, Daniel Blake, tells the story of two characters struggling in the benefit system. It is seen as a critique of current government policies and has been hailed as one of the most important films of 2016.

Loach has called the election of Jeremy Corbyn as Labour leader a "game-changer" as he "identified with working class interests."

His latest remarks follow comments last month where he branded the BBC "an arm of the state" adding that it "is not some objective chronicler of our time."

In response to the comments, a BBC spokeswoman said:

"BBC News is independent and adheres to clear published editorial guidelines including on impartiality. The BBC is consistently rated the most trusted and accurate news provider by the majority of people in the UK."

The criticism comes amid heightened debate in the UK over media freedoms after the bank accounts of international broadcaster RT were closed by NatWest.

Treasury sources insist they played no role in the account's closure, saying that government had not introduced fresh sanctions or obligations against Russia since 2015.

But critics have been skeptical, pointing out that NatWest is mostly owned by the British state.