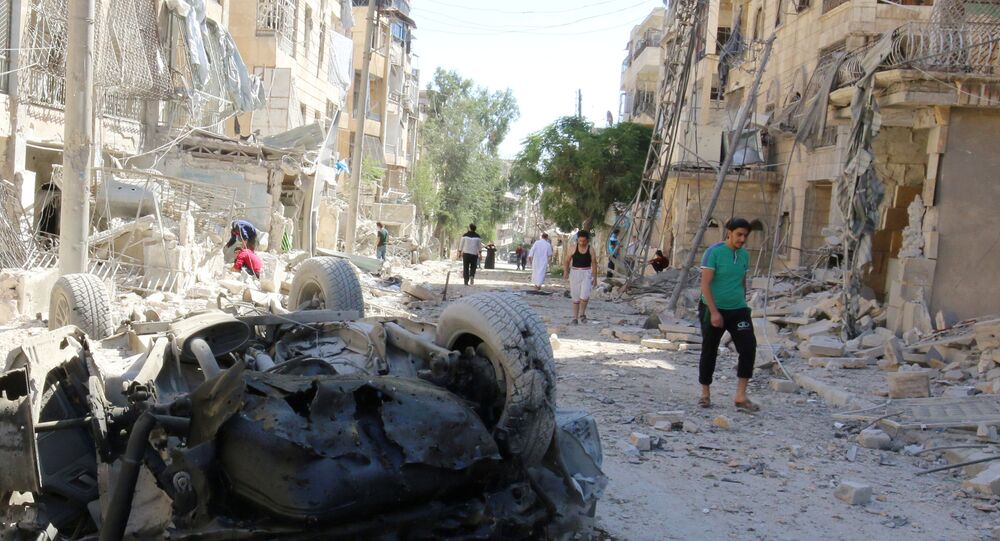 According to the Egyptian Foreign Ministry’s spokesman Ahmed Abu Zeid, Lausanne meeting on Syrian crisis has brought no specific results.

© REUTERS / Jean-Christophe Bott/Pool
Lausanne Meeting Participants Remain Committed to Preserving Syria's Integrity
LAUSANNE (Sputnik) — The participants of the multilateral meeting on the Syrian crisis settlement in Swiss Lausanne discussed a number of issues, such as the delivery of humanitarian aid and separation of moderate opposition from terrorists, though the meeting has brought no specific results, Egyptian Foreign Ministry’s spokesman Ahmed Abu Zeid told Sputnik Sunday.

"During the meeting there main issues were discussed: delivery of humanitarian aid, continuation of political process without any pre-conditions, ways of separation of moderate opposition from terrorists… No results were achieved during Lausanne meeting on Syria, the sides agreed to continue contacts," Zeid said.

© REUTERS / Denis Balibouse
Date of Next Int'l Meeting on Syria Undefined, Contacts Underway
According to Zeid, some participants of the negotiations are "afraid of loosing influence on forces, which they support on the ground."

During the meeting, there were disagreements on how to reach ceasefire, Zeid added.

Russian Military Registers Over 50 Shellings by Militants in Syria