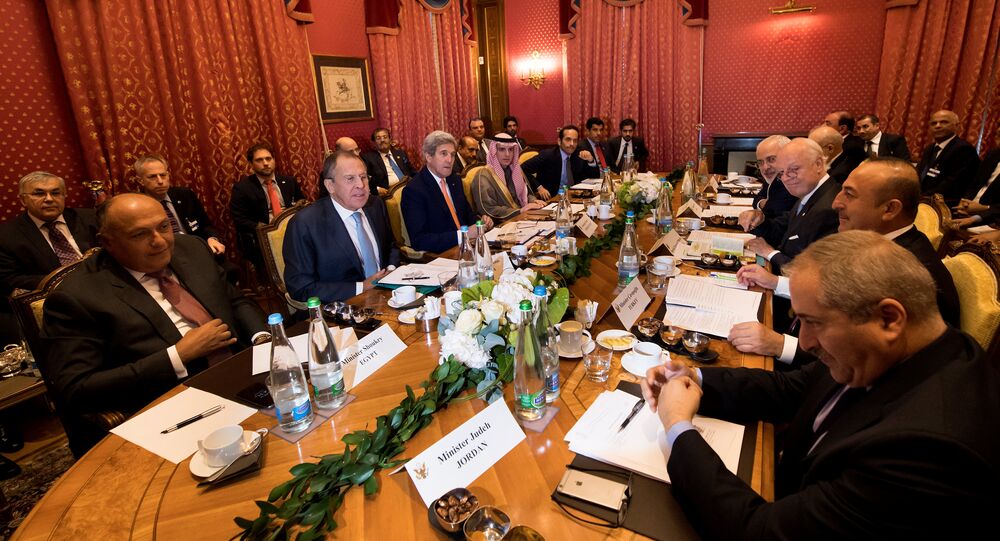 Those attending the international ministerial meeting on the resolution of the Syrian crisis in the Swiss city of Lausanne confirmed their desire to see the country maintained, rather than broken up into smaller nations.

© Sputnik / Fuad Safarov
Turkish FM Says No Ceasefire Agreement Reached at Lausanne Meeting on Syria
MOSCOW (Sputnik) — All participants of the international ministerial meeting on the resolution of the Syrian refugee crisis in the Swiss city of Lausanne confirmed their commitment to preserving Syria's integrity, where the Syrians themselves would determine their future, the Russia Foreign Ministry said Sunday.

"All participants of the meeting confirmed their commitment to preserve Syria as an integral, independent and secular state, where the Syrian people will determine the country's future through an inclusive political dialogue," the statement reads.

© REUTERS / Denis Balibouse
International Ministerial Syrian Settlement Talks in Swiss Lausanne Ended
During the meeting, the Russian side said that the separation of moderate opposition from Jabhat Fatah al Sham militants (also known as the Nusra Front, or Jabhat al-Nusra) and other terrorist groups was necessary for the renewal of the ceasefire arrangement.

"In this regard, the joint work of all participants of the meeting with the forces present in Syria will be required. At the same time, it is necessary to understand that operations against Daesh and Jabhat al-Nusra will be continued," the ministry said.

Saturday's multilateral meeting on Syria has brought no results, as the participants have failed to reach a consensus over how to renew the ceasefire regime.