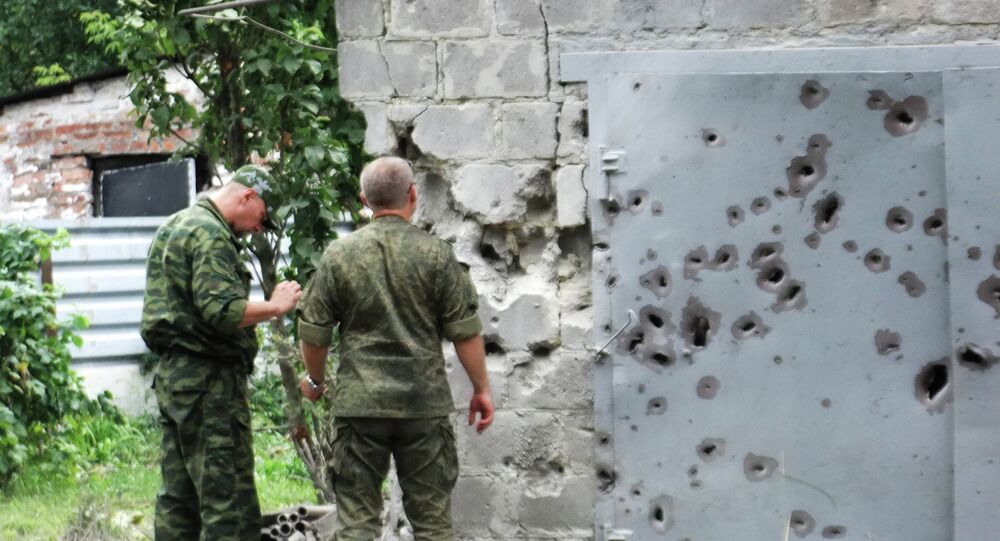 The Ukrainian government continues to conceal its domestic issues with so-called Russian aggression, hindering progress in carrying out reconciliation agreements, Russia’s permanent representative to the Organization for Security and Co-operation in Europe (OSCE) said Friday.

"The Minsk agreements are not a defeat or capitulation for Ukraine as claimed by the nationalists, but its salvation, a chance to ensure national reconciliation. However, as long as Kiev tries to cover all of its numerous internal problems behind so-called Russian aggression, it will be difficult to move forward," he asserted.

According to Lukashevich, all parties to Ukraine's conflict face the situation when they can operate jointly on order to turn the situation in Ukraine "from degradation into stabilization."

"We actively work on this in different formats such as the Contact Group, Normandy format, and with other countries that have a huge influence on Kiev. The more indulgent attitude toward Kiev authorities' unwillingness or inability to implement the Minsk Agreements there is, the longer and more difficult peace process will be," Lukashevich added.

© AFP 2020 / DOMINIQUE FAGET
Italian Lawmaker Says Many Colleagues Support Recognition of Lugansk, Donetsk Republics
In February 2015, a peace agreement, which was agreed by the Normandy Four countries, namely Russia, Ukraine, France and Germany, was signed between Ukraine's conflicting sides in the Belarusian capital of Minsk.

Under the deal, constitutional reforms aimed at decentralizing power in Ukraine and the initiation of local elections in Donbass must have been concluded. The country's breakaway regions of Donetsk and Lugansk agreed to postpone their local elections until 2016. Before elections in those regions can take place, Ukraine authorities must fulfill all the Minsk agreement obligations.