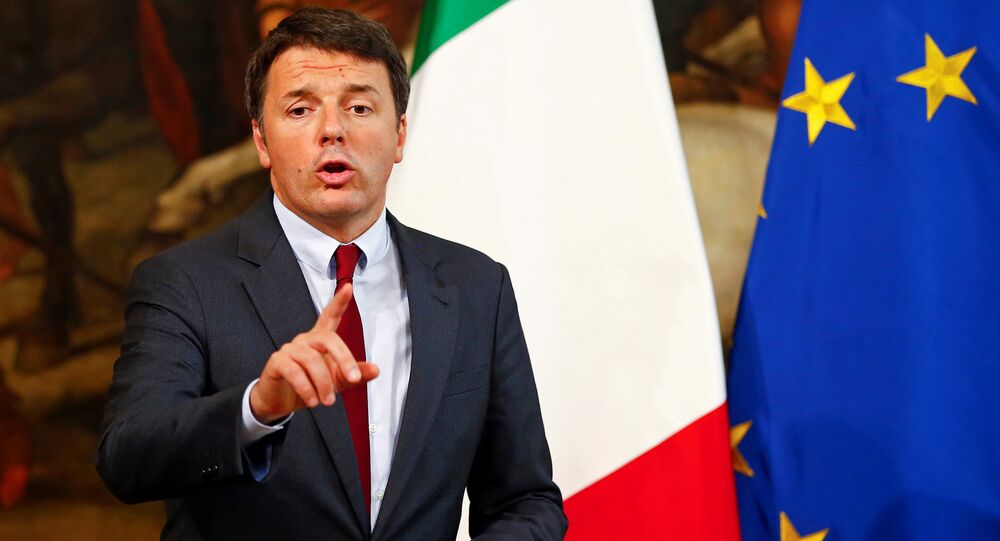 Italian Prime Minister Matteo Renzi, has reignited the EU debate over migration, calling for member states who refuse to accept refugees to have their EU funding cut, in an attack on some central and Eastern European members.

With Italy on the frontline of the EU migration crisis, Renzi said action needed to taken against member states not willing to participate in refugee redistribution programs.

"It's necessary that Italy be the promoter of a very tough position toward those countries that have received a lot of money for belonging to the bloc to re-launch their territories, and who are shirking their commitments to relocate immigrants," he told Italian parliament.

​The comments are seen as an attack on the Visegrad 4 nations of Hungary, Poland, Slovakia and the Czech Republic, who have rejected plans calling for the relocation of refugees across the bloc.

Renzi's call to slash funding comes amid proposals for the next EU budget, and is also thought to have been directed towards those states which have been net beneficiaries of EU funding.

Renzi: Bratislava step forward, but too little. Policies on economy (growth) & migration must change, or EU at risk https://t.co/njYlOXFoMq

​"The positive aspects of belonging to the EU must be balanced by the duties that come with membership," Mr. Renzi added.

Renzi's call for member states to accept refugees currently being housed in Italy and Greece exposes the vast divisions within the bloc on the issue and comes amid an increase in criticism from central and Eastern European nations.

#Hungary's #EU commissioner @TNavracsicsEU voted NO to the #relocation of #refugees in #QuotaReferendum, HU opposition asks #Juncker to act

​Earlier this month, Hungary held a referendum on the matter of immigration quotas, and although not enough people voted to validate the referendum, 98 percent of those who took part supported Budapest's rejection of EU relocation quota proposals.

Renzi's call comes as the head of the EU's border agency declared that arrivals of people to Italy by sea represented the main problem faced by the union on the matter of immigration.

"In terms of irregular migration right now Italy is the member state number one," said Fabrice Leggeri, the head of the European Border and Coast Guard, formerly known as Frontex.

"We have to be vigilant in the central Mediterranean area because there may also be security risks there, not just the migratory pressure," Mr. Leggeri added.

Will EU states use UN Refugee Summit to speed up relocation programme from Greece & Italy?

The implementation of the EU-Turkey migration deal, which is credited with stopping large amounts of people travelling to Greece, is thought to be among the reasons why the frontline in the EU's migration crisis has shifted to Italy.

#Refugees relocation program from #Greece to other EU member-states has to be accelerated. 60,000 landlocked. https://t.co/CmTwOhRx8d

​Meanwhile, on top of new arrivals, a number of refugees remain stranded in Italy and Greece as a result of the failure to properly implement the EU's refugee relocation program.

Of the 160,000 asylum seekers earmarked for distribution across the bloc, less than 6,000 have actually been relocated, with many member states unwilling to cooperate in the program.