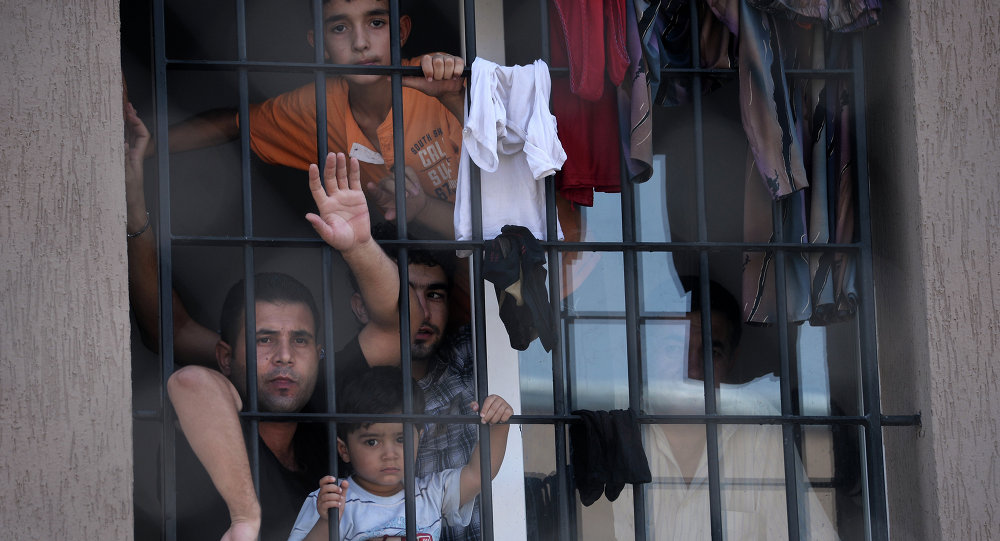 Bulgarian police detained on Tuesday 38 undocumented migrants during a special operation in the country's capital of Sofia, the Bulgarian Interior Ministry said.

MOSCOW (Sputnik) — According to the ministry, the operation was aimed at detecting those migrants, who have not been granted asylum and stayed in the country.

© Sputnik / Vasily Raksha
Is This Sparta? This is Asotthalom! Sputnik Patrols Hungarian Border Fence
The detainees will be placed in a separate directorate for migration and will be obliged to leave the country, the ministry specified. No data has been provided about their further resettlement from Bulgaria.

Bulgaria is located on the key eastern Mediterranean migration route in Europe, which saw the heaviest influx of migrants coming through Turkey in late 2015.

Europe is struggling to find a solution to a massive refugee crisis, with hundreds of thousands of refugees fleeing conflict-torn countries in the Middle East and North Africa. Frontex detected over 1.83 million illegal border crossings in 2015, in contrast to some 283,000 in 2014.