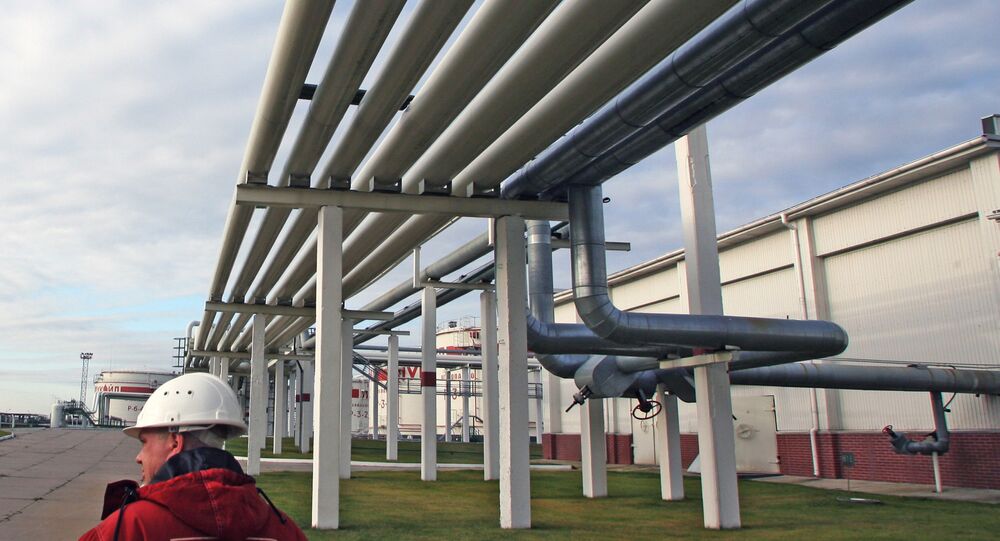 According to Dvorkovich, Russian and Belarus are ready to continue the talks on the future cooperation in the gas sphere as they are members of the Eurasian Economic Union (EEU) that aims to establish common energy market till 2019 and common gas market till 2025.

© Sputnik / Egor Eryomov
Belarus to Make Contractual Payments for Russian Gas This Week
Russian Prime Minister Dmitry Medvedev said he planned to address the dispute with his Belarusian counterpart by phone later in the day.

On September 28, the Belorussian Ministry of Antimonopoly Regulation and Trade issued a decree, increasing the tariffs for transit of Russia's oil through Belarus by 50 percent starting from October 11.

Belarus faces decline in oil deliveries from Russia. Russian Energy Minister Alexander Novak said that the decrease in deliveries was linked to Minsk's gas debt and shortfall of petrochemicals' deliveries to Russia. Dvorkovich said that the level of deliveries could be restored if Moscow and Minsk reached an agreement on the gas debt.

© Flickr / Szczepan Janus
Russia-Belarus Union State Joint Entry Visa Under Expert Development
Earlier in the day, Belorussian Deputy Prime Minister Vladimir Semashko said that Moscow and Minsk had reached an agreement on reducing this year the price for Russian gas and had elaborated the plan reducing the price in the following years. However, Medvedev said that the price for gas delivery would remain the same.

Moscow and Minsk have been locked in talks over the price of Russian gas supplied to Belorussian consumers. In July, Novak said that Belarus owed $270 million in unpaid gas bills to Russia.

Minsk had been refusing to recognize the debt, saying that the price of $132.77 per 1,000 cubic meters of gas demanded by Moscow is unfair. Russia has stressed that payments must be made in line with the contract.

Belarus to Make Contractual Payments for Russian Gas This Week