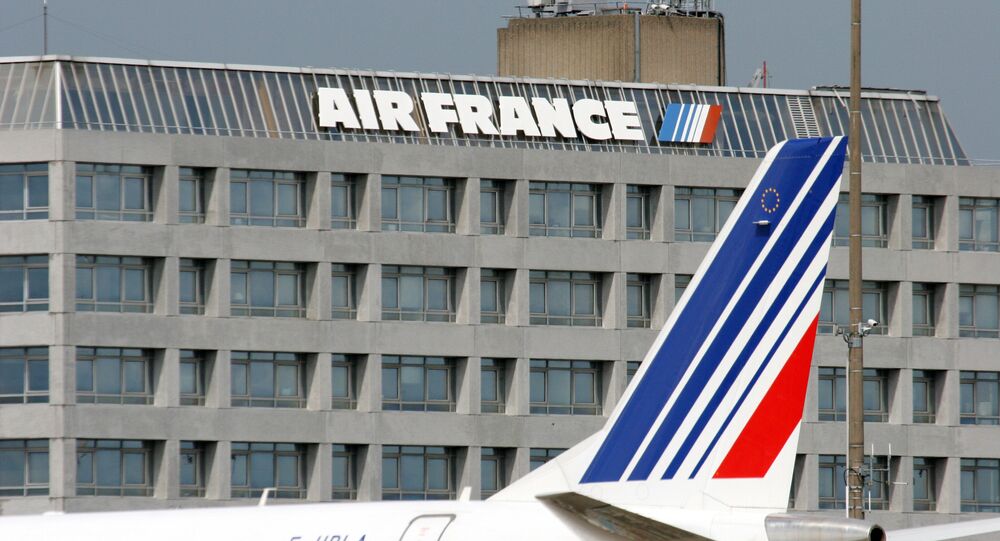 Air France has denied reports of attempted sabotage by staff secretly working on behalf of radical Islamists. They also denounced a weekly French newspaper for spreading what they claim are false rumors.

Canard Enchaîné, a satirical paper, reported Wednesday that sources within French intelligence claimed Air France had been “confronted with a strategy of infiltration” by extremists at the Charles de Gaulle Airport in Paris.

The paper stated that conspirators tried to seal off exits on the airplanes and sever pilots from systems that allow them to monitor engine activity. The parody publication also claimed that one suspect’s wife ran a Koranic school in the suburb of Orly, and that the Arabic phrase “Allahu Akbar” (God is the Greatest) was written on the fuel tanks of 40 airplanes, causing one pilot to refuse to fly his assigned craft.

Irish Times, an outlet that reprinted the claims, reported that safety videos routinely played on flights were reprogrammed in Arabic, with the in-flight map showing "Morocco" and "Israel" changed to "caliphate" or "Gaza Strip."

A 459-passenger Air France flight from Mauritius to Paris sustained a scare in 2015 when a cardboard object with a timer was found in the bathroom, forcing an emergency landing in Mombasa, Kenya.

After an investigation, CEO Frederic Gagey told reporters "All the information available to us at the moment indicates that the object was not capable of creating an explosion or damaging a plane," and that, "It was a false alarm."