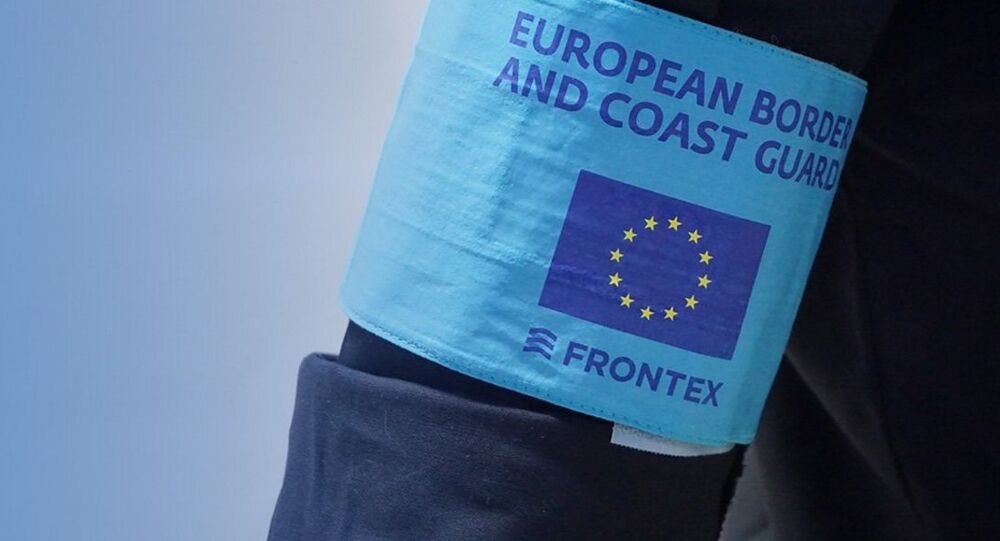 The European Union has launched a new agency charged with the EU's border defense. It's hoped that the European Border and Coast Guard will help keep people out who don't have the right to enter the bloc, as well as result in better security and monitoring of suspected criminals and terrorists.

Overwhelmed by the arrival of almost 1.3 million people last year, the EU continues to reel from both the human and political cost of Europe's migrant crisis. The pressure has been mounting for the EU to be able to better police its external borders.

What is the new European Border & Coast Guard Agency & how will it work? #EUBorderGuard explained: https://t.co/WqZ9LHnQEw [Fact Sheet] pic.twitter.com/38dbJEVCMK

"Today is a milestone in the history of European border management."@Avramopoulos at #EUBorderGuard launch pic.twitter.com/pHZn8a9uew

The new European Border and Coast Guard Agency will have 1,500 border guard officers, who will be able to deploy to any part of the EU's border, which is witnessing a sharp increase in immigration.

There's also the serious issue of security. The specter of the numerous terrorist attacks in France, Belgium and Germany over the last year, has yet to fade.

In several of the attacks, the perpetrators were found to have been able to move in and out of the EU unchallenged with relative ease, despite having been flagged by intelligence agencies.

The agency's staff will now be able to access the Schengen Information System: a database covering suspected terrorists, stolen passports and license plates and criminals on the run.

Previously, the system was only available to authorities in Greece, Hungary, Slovenia and Austria.

"The establishment of the agency is a symbol of the EU, of a Europe that is able to deliver, that is proving its efficiency in addressing the migration and security challenges we are faced with," Dimitris Avramopoulos said.

But as is the case for the EU project as a whole, the border agency's success is largely dependant on what contributions national governments are willing to make.

A sluggish hesitancy within individual member states to take the lead in providing resources and support plagued the new agency's predecessor, Frontex.

Dimitris Avramopoulos appealed to each EU member at the launch.

"Everyone must join in and implement is as soon as possible. We have no time to lose."

Yet Mr. Avramopoulos' comments may do little to soothe the frustration of some EU countries.

Hungary, in particular, has taken a hardline stance against migrants and asylum seekers. At the Hungary-Serbia border, Hungarian troops and police have been forcibly pushing back many migrants attempting to cross. It's a policy that has been denounced by the UN's Refugee Agency, UNHCR.

Undeterred, Hungarian Prime Minister Victor Orban has repeatedly, and angrily, criticized the EU for not implementing a southern defense earlier, to prevent migrants from entering the EU in the first place.

Speaking last month, Prime Minister Orban insisted that the "defense against uncontrolled migration must be moved south as far as possible."

However, some of the northern EU nations are adamant that Hungary's anti-immigrant stance is part of the problem.

With #EUBorderGuard we are now better equipped than before to face migration and security challenges. pic.twitter.com/YRBtjvB0e2

Indeed, the EU has been in disarray about how to handle where to settle all the new arrivals since the migrant crisis began in early 2015.

So far, the status quo seems to be a policy of "NIMBYism" — a not-in-my-backyard mentality.

Also on Thursday, October 6, Sweden became the latest country, after Austria, to threaten to sue Hungary for not taking back migrants that have moved into EU nations further north. Sweden's legal threat is based on a EU rule called the Dublin Regulation, which states that asylum seekers are meant to seek asylum in the first European Union state in which they set foot. However, it's a mandate that has been widely ignored, a fact that has led to widespread condemnation of the EU's inability to enforce it's own migration legislation.

The EU has also added more resources to it's existing naval coast guard, which is currently active off the coast of Italy and Greece. It engages in search and rescue missions at sea.

"Right now we have more than 550 officers and 18 vessels deployed in Italy. The new mandate will help us beef up existing support," the new agency's chief, Fabrice Leggeri, said.

This cannot come a moment too soon.

In the Mediterranean Sea, this year is proving even deadlier than 2015, with masses of migrants attempting to cross from North Africa to Europe. The International Organization for Migration estimate that 142,000 men, women and children have arrived just in Italy this year, with the death toll rising to about 3,100.

Aid agencies are predicting an increase in numbers in the coming weeks, as human traffickers want to get more migrants across before the rougher winter weather sets in. And as more people continue to take the risk, the death toll will almost certainly rise.