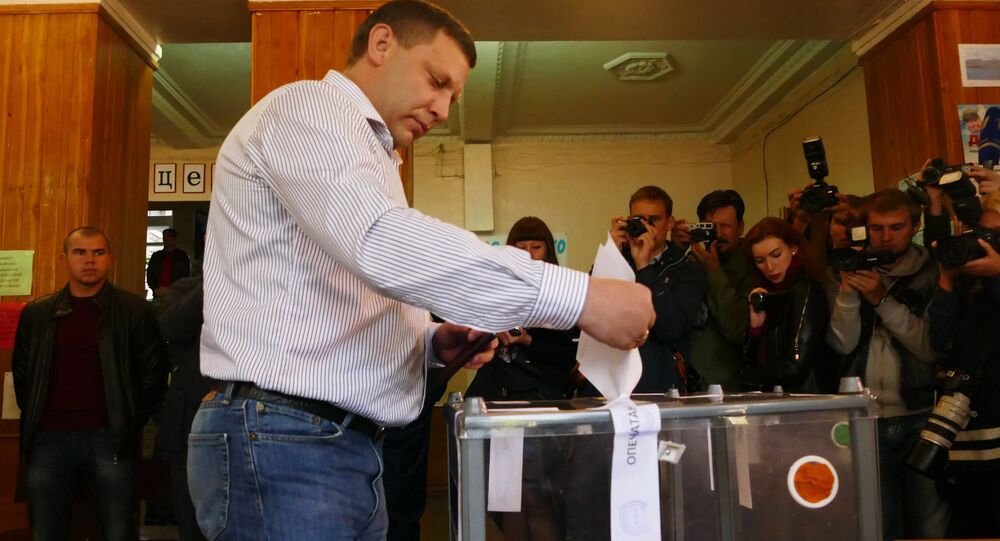 Donetsk and Lugansk People's Republics held local elections on October 2. Independent journalist Eliseo Bertolasi was on the scene in Donetsk as one of many international observers, who came from Italy, Finland and South Ossetia. Bertolasi told Sputnik about the mood in which the elections were held and how important they were to the people.

"On October 2, mayoral and administrative elections were held in Donetsk and Lugansk. They became a political and media message that the self-proclaimed republics sent to the international community," he told Sputnik Italy in an interview.

© AFP 2020 / THIERRY CHARLIER
Bulgarian PM Says Will Resign if Other Party's Candidate Wins Nov. Elections
The journalist noted that the elections were held in accordance with international standards:

"All the opportunities have been given to us, international observers: I visited seven different polling stations, could freely take pictures and shoot video, talk with the staff and with the voters. I have not noted any violations."

Eliseo Bertolasi also shared his feelings on the overall mood during the elections:

"I was impressed by the enthusiasm of the voters. In Italy, politicians are most afraid of low turnout; and here it was a whole celebration, not just a measure."

© REUTERS / Brendan McDermid
Voters Turned Away: How Differing State Laws Make Elections Unequal
According to the observer, in schools, where the polls were organized, students even performed songs and dances. "Everyone was also treated with typical soldier's food from the field kitchen — buckwheat with meat and tea," he added.

"Many of these schools have been destroyed in bombings, but have since been restored by the city residents," said Bertolasi.

For Donetsk these elections, despite being local, were of great importance, the journalist believes.

"They showed the world that the new republic, though still not having fully recovered, was able to organize and conduct the elections in accordance with international safety and transparency standards," Bertolasi concluded.

Kiev launched a special military operation in Ukraine's southeast in April 2014, after local residents refused to recognize the new Ukrainian authorities, which came to power as a result of a coup.

In February 2015, Kiev forces and eastern Ukraine's militia signed a peace agreement in the Belarusian capital of Minsk. The deal stipulates a full ceasefire, weapons withdrawal from the line of contact in eastern Ukraine, as well as constitutional reforms that would give a special status to the self-proclaimed Donetsk and Lugansk People's Republics.

ICRC Delivers Over 1,200 Tonnes of Relief to Ukraine's Donetsk in Past Month

Donetsk Republic on JIT MH17 Report: 'The Conclusions Are Wrong'