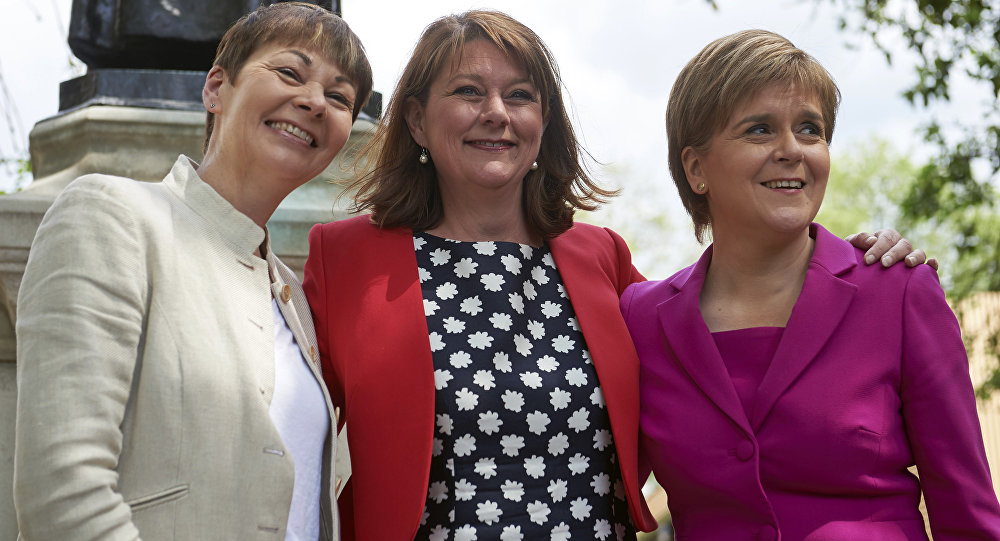 The Scottiish National Party (SNP), the Green Party and Plaid Cymru in Wales have taken the rare step of issuing a cross-party statement condemning the "toxic politics" of the Conservative party.

Home Secretary Amber Rudd, announced plans to compel companies to draw up lists of foreign workers and Minister for International Trade Liam Fox admitted that EU citizens living in the UK are a "bargaining chip" in Brexit negotiations.

In response to this, the statement from the three left-of-center parties argues that the Brexit result has been used "as an excuse for the most toxic rhetoric on immigration we have seen from any government in living memory."

"This is not a time for parties to play games, or meekly respect the tired convention whereby they do not break cover during each other's conferences," the statement reads.

It's time to work together to resist the Tories' toxic politics. Our joint statement: https://t.co/fcU0gRIQcS #CPC16 pic.twitter.com/1iVEl0fzUx

"It is an occasion for us to restate the importance of working together to resist the Tories' toxic politics, and make the case for a better future for our people and communities. We will do this by continuing to work and campaign with the fierce sense of urgency this political moment demands."

We seem to have woken up with a UKIP government. Depressing doesn't even begin to cover it. pic.twitter.com/O8DYc6smdE

The Green Party have been at the forefront of attempts to call for a "progressive alliance" to take on the Conservative government at Westminster.

The party's co-leader Caroline Lucas added: "This conference has seen them attempt to inflame tensions in our communities and set out a vision for a 'hard brexit' that will do untold damage to the places we represent. By uniting we have the best chance of facing them down and protecting the people who elected us."

The statements hint at a growing divide in British politics on the issue of immigration. Prime Minister Theresa May told the conference that controls on immigration will be prioritized in the Brexit negotiations with the EU, which are expected to begin in early 2017.