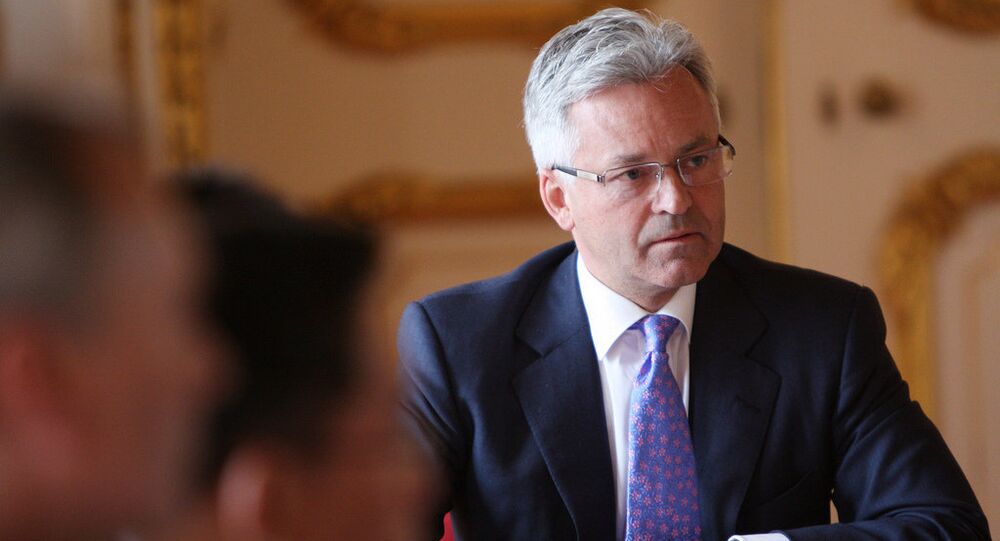 UK Minister for Europe Alan Duncan expressed commitment on Tuesday to deepening of cooperation with Greece on a number of bilateral and regional issues amid the United Kingdom's preparation to leave the European Union, the UK government said in a press release.

"The UK and Greece enjoy a long history of friendship and co-operation. My visit is a demonstration of the UK’s continued commitment to that relationship. The UK intends to have even closer relations with our European partners, including Greece, as we prepare to leave the European Union. Our two historic nations work together on a range of shared priorities including migration, defence and regional security," Duncan said, as quoted in the press release.

According to the minister, his talks with Greek officials are aimed at strengthening of trade and cultural ties between London and Athens.

According to the Article 50, each EU member state can leave the bloc. In order to start the process of leaving the European Union, a member state must formally inform Brussels about its intention and formally begin negotiations on the matter.