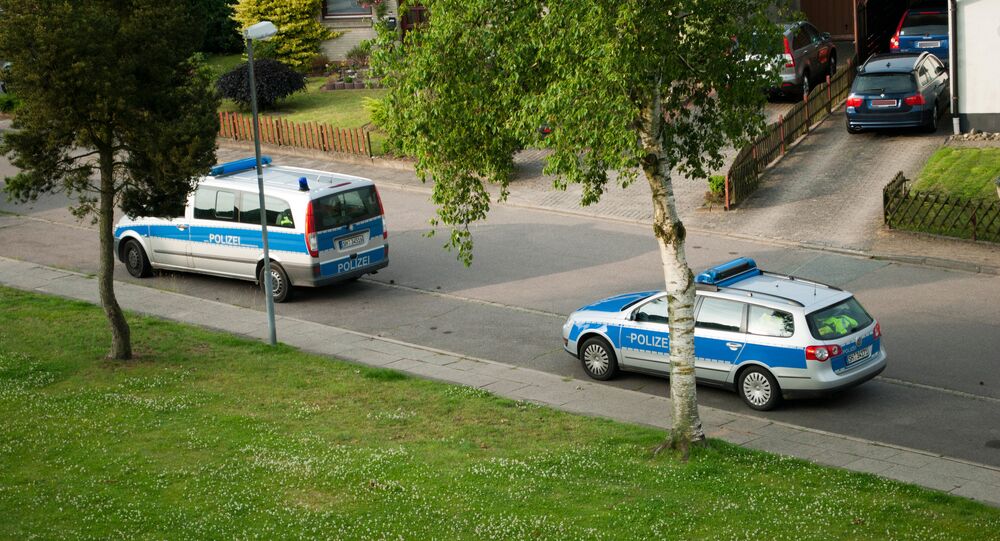 The mayor of Oersdorf, a small town in northern Germany, was attacked after receiving multiple letters of threat since July, due to his plans to allow refugees to move into the town of less than 900 people.

© REUTERS / Stefanie Loos
German Police Union Chairman Voices Doubt Over Merkel's Pledge to Curb Migration
MOSCOW (Sputnik) — The mayor of Oersdorf, a small town in northern Germany, was assaulted by an unknown individual and police suspect that the incident might have a xenophobic background, media reported on Friday.

On Thursday evening, the 61-year-old mayor, Joachim Kebschull, received a blow on his head as he was leaning towards his car parked outside of the town hall, which led him to loose consciousness, the attacker fled the scene afterwards, local police said, according to The Local newspaper.

According to the police, the mayor has received multiple letters of threat since July, due to his plans to allow refugees to move into the town of less than 900 people.

Last month, two meetings of the local committee in town hall had been canceled due to bomb threats, and prior to Kebschull attack, he and the town hall had received two letters of threats.

© AFP 2020 /
Merkel's Migrant Policy is 'Danger to Germany,' Former Ally Tells Sputnik
The inhabitants of the small village are in a state of shock and they condemned the attack on the mayor.

The European Union is currently struggling to manage a massive refugee crisis, with hundreds of thousands of people leaving conflict-torn countries in the Middle East and North Africa to escape violence and poverty and seeking asylum in Europe. In 2015, more than 1 million migrants and asylum seekers arrived to Germany, which has increased social tension in many cities of the country.