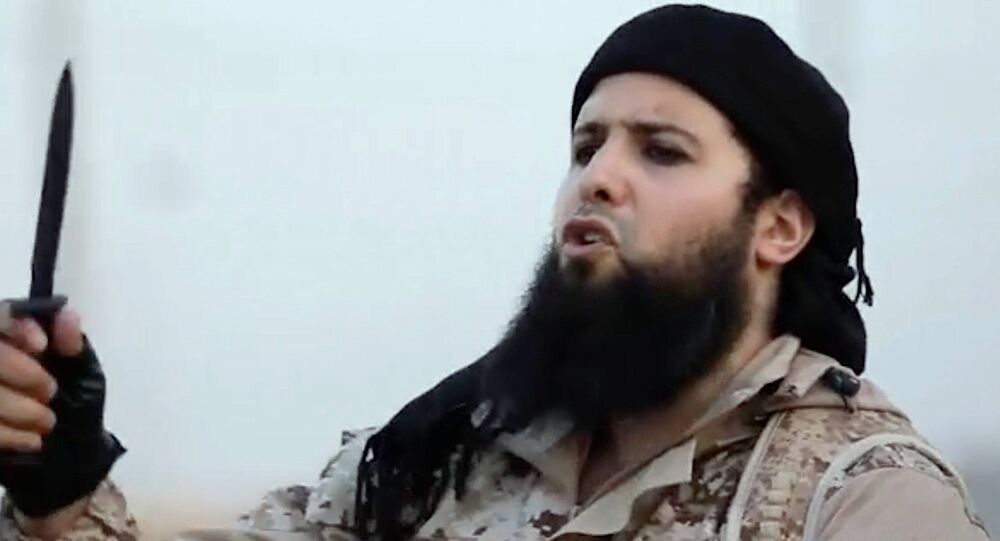 The Belgian Prosecutor's Office launched an investigation into alleged plans of Daesh terror group to stage attacks against the country's military patrolling the streets of Belgian cities, local media reported on Wednesday.

© AP Photo / Boris Roessler/dpa
Five People Suspected of Links to Daesh Detained in Spain, Germany, Belgium - Spanish Ministry
BRUSSELS (Sputnik) – An Islamist called Rachid Kassim, one of the key French-speaking Daesh members, called on extremists in Belgium to stage attacks on Belgian military, the Derniere Heure newspaper reported. He uploaded photos of a number of soldiers and information about them obtained from social networks.

In July, the Belgian authorities decided to extend military patrol activities, introduced following deadly attacks in Brussels, in public places across the country. The number of servicemen patrolling the streets was increased to 1,828.

On March 22, a series of blasts hit Brussels Airport and a metro station located near the EU institutions in the center of the city, killing 32 and injuring over 300 people. Daesh jihadist group, outlawed in many countries including Russia, claimed responsibility for the attacks.

US Not Currently Announcing Additional Resources to Iraq, Syria to Fight Daesh