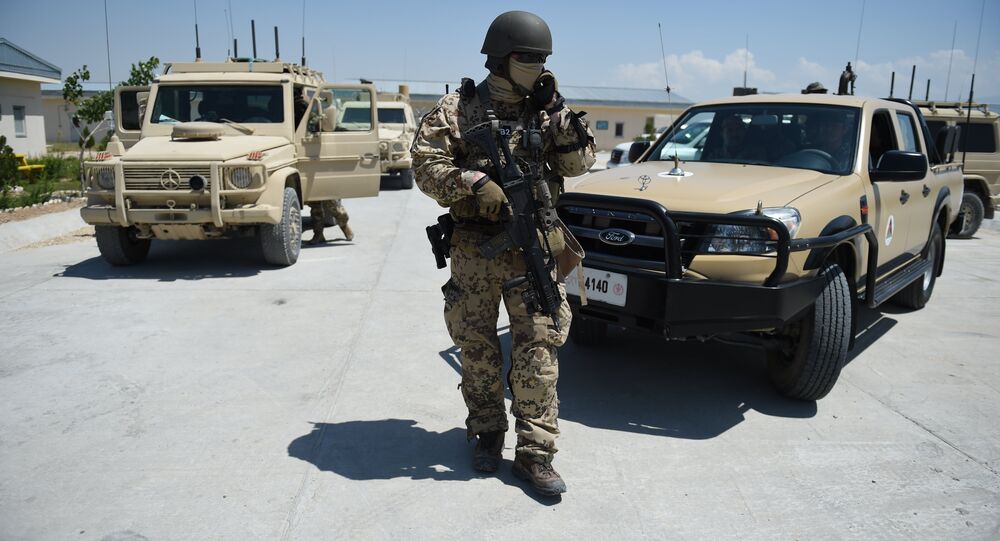 Highly controversial plans to deepen EU military cooperation are to be discussed by European defense ministers on Tuesday, September 27, during a meeting in Bratislava, with the Franco-German proposals expected to face opposition from the UK and Eastern European member states.

EU ministers will use the Bratislava summit to discuss the plans, thought to be the most ambitious defense proposals in close to two decades, with the hope of developing a coherent strategy for further talks in December.

​Proponents say the plans would strengthen the EU's ability to act independently militarily, meaning the bloc would be less reliant on the US in regards to defense issues and would be better equipped to address any security issues near EU borders.

I welcome the plans of Germany and France for closer EU defence cooperation, including a new military HQ and swifter deployment of missions.

"This Europe also wants to have good relations with Britain in the future, especially in the area of defense," she added ahead of talks.

Fears Over Impact on NATO

However, the issue has divided EU member states amid concerns greater military cooperation could undermine NATO and suck financial resources away from the military alliance.

The UK, still an EU member state despite the country's vote to leave the bloc, has been the most vocal opponent of the deepening of military ties, raising concerns over the prospect of an EU army and the impact it could have on NATO.

​British Defense Minister Michael Fallon, said earlier this month that he would reject moves that would duplicate NATO structures in the EU, potentially triggering a showdown on the issue.

Fallon's comments prompted a warning from his German counterpart von der Leyen, who said the Brexit-bound UK should "make good its promise that it will not hinder important European Union reforms."

EU army latest: Stoltenberg says 'no contradiction' with strong NATO, (and slapping down Britain's Fallon in the process)

​However Britain may have some support in the form of Poland and Baltic EU member states, who have raised concerns about anything that might weaken NATO, particularly given the purported threat of Russia.

Russia, for its part, has rejected the notion that it is a potential threat to the EU's security, instead highlighting the NATO build-up of missiles in eastern European as a key factor inflaming tensions between the two groups.