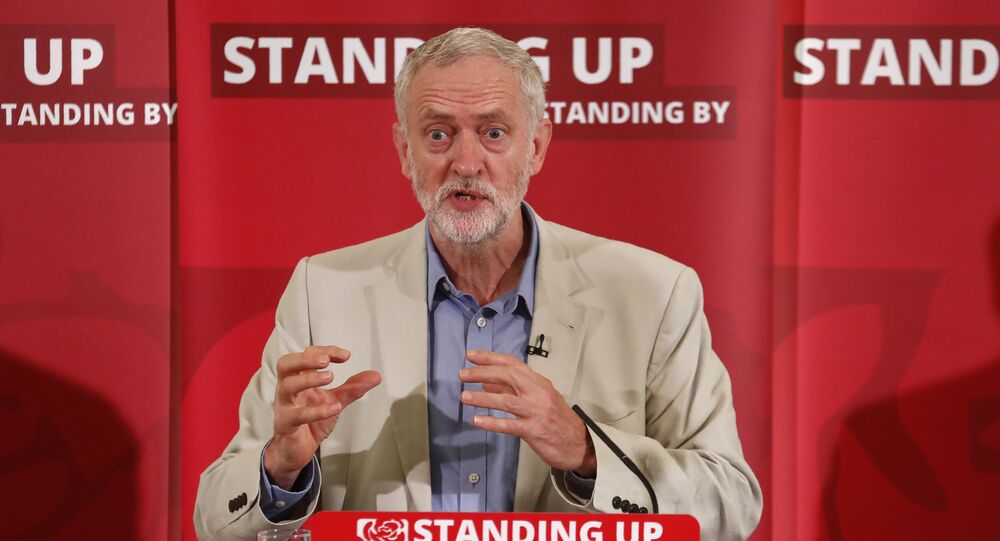 Jeremy Corbyn remained the UK Labour Party leader defeating Owen Smith 61.8 percent to 38.2 percent, as the leadership race results were revealed at the Leadership Conference in Liverpool on Saturday.

© AFP 2020 / Justin Tallis
Corbyn's Sick Jew Haters: Jewish Labour MP Terrorized in Her Own Party
MOSCOW (Sputnik) — A total of 313,209 votes were submitted in support of Corbyn, with only 193,229 in support of Smith.

Following the referendum on the United Kingdom's membership of the European Union, Corbyn lost a motion of no confidence among parliamentary party members and saw half of the shadow cabinet resign in protest at what they claimed was his inability to lead the main opposition party after Brexit. He refused to resign and said he would run in the party leadership election.

​Not all party members were allowed to take part in the election, as the Labour’s National Executive Committee has blocked party members who joined less than six months ago from voting, effectively barring over 100,000 people who came after the June 23 referendum on EU membership.

Those who joined the party after January 12 had to sign up as registered supporters before July 20 to get the one-off right to vote. The committee raised the fee for doing that to 25 pounds ($32.6) from 3 pounds.