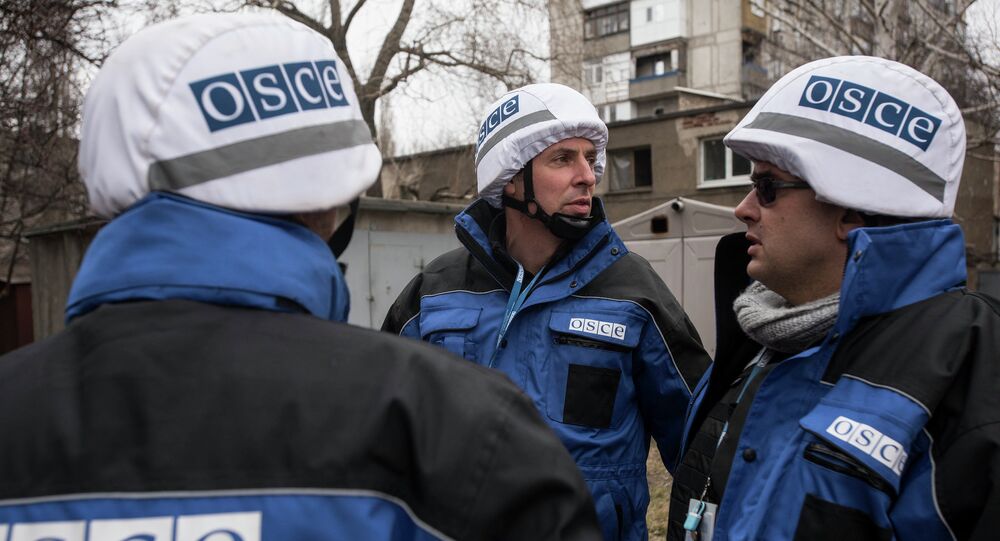 "He will visit Donetsk and Luhansk regions, meet the SMM teams, conduct meetings with Joint Centre for Control and Coordination representatives and other relevant interlocutors. He has requested to meet with the leadership of the armed formations in Donetsk and Luhansk to follow up on the OSCE SMM freedom of movement restrictions and other impediments to SMM’s mandate, as well as to discuss the security situation in the area and the implementation of the Minsk agreements," the statements reads.

The OSCE said that journalists were invited to join Hug on his patrols.

The principal deputy chief monitor is also expected to hold news briefings in Donetsk and Luhansk.

The OSCE has been tasked with monitoring the implementation of the Minsk deal provisions on settling the conflict between Kiev and the pro-independence militias in the country's east. The Minsk accords include a full ceasefire and weapons withdrawal from the line of contact. The SMM reports on ceasefire violations by both sides.