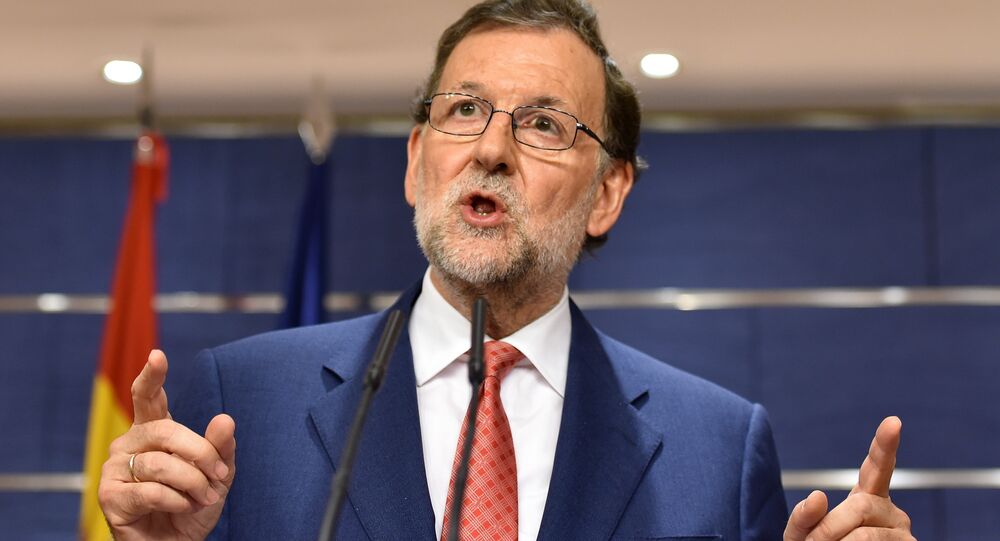 © AFP 2021 / Curto De La Torre
Spain Socialists to Vote Against Rajoy’s Appointment as PM
MOSCOW (Sputnik) — The Operation Taula, targeting local governments of Valencia, Alicante and Castellon, began in 2014 after the United Left Party of Valencia demanded that the government investigate the activities of Imelsa. The company was suspected of creating a front company Berceo Mantenimientos, through which transactions were carried out to five other firms.

“They were aware of a lot of things. They could not be so stupid,” Benavent said as quoted by the 24 Horas television channel, before presenting evidence in court.

To obtain contracts, the companies had to pay “kickbacks” to local authorities – 3 percent of the amount of a contract, he said.

In January, Spanish authorities arrested 24 people as part of the Operation Taula, including Alfonso Rus, the leader of the PP’s office in Valencia. All of the detainees had ties to the PP and were suspected of involvement in corruption schemes, through which they received “kickbacks” in exchange for state contracts, illegal party financing and money laundering.

Dozens of corruption cases, allegedly involving Rajoy’s party members, have been investigated by the Spanish authorities.