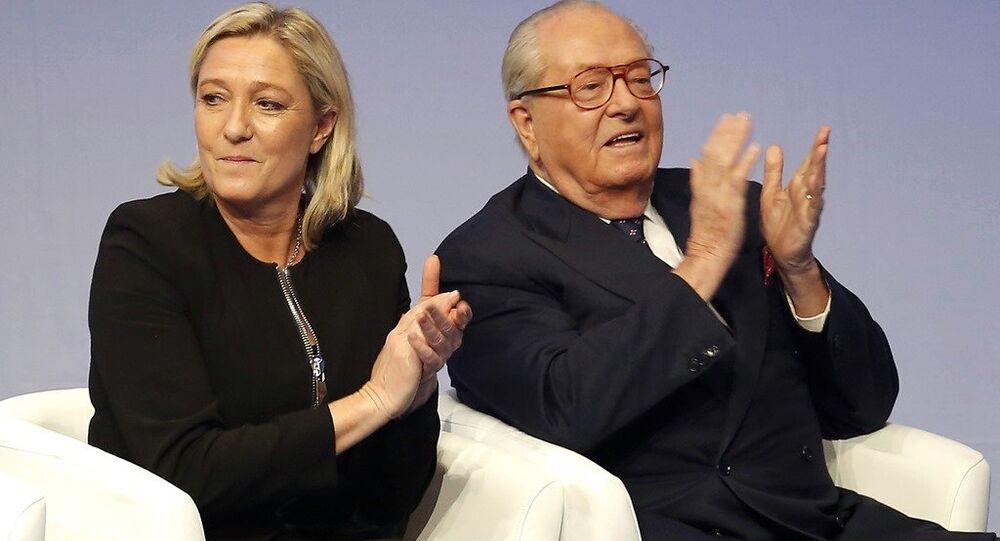 The leader of the right-wing anti-immigration Front National Party in France, Marine Le Pen, has chosen the young mayor of Frejus, David Rachline - who banned the burkini from the commune's beaches - to direct her 2017 presidential campaign in a move that could polarize public opinion.

Amid rising Islamophobia in France, a number of French holiday resorts introduced a ban on Muslim women wearing burkinis — bathing suits that cover the whole body, except the face and feet. However, civil liberties groups criticized the ban, because Muslim women should be free to express their religion. The ban was overturned in August by France's senior administrative court.

The fact that Le Pen has appointed Rachline as her campaign director is significant, in the it will weigh well with many in her own party and appeal to the rising sense of Islamophobia in France, caused by the EU migrant crisis and the terror attacks in Paris, Nice and other cities in France.

However, Le Pen — who is leading Hollande in the polls by 30 percent to 10, with Republican Nicholas Sarkozy on 25 — is also keen to pick up support from the center ground and the move to install Rachline, who is known for his extremist remarks, may not play well among moderates.

"It may be a careless decision, because David Rachline has a track record for saying extreme things, and Marine Le Pen does not want to scare people and wants to avoid gaffs at all costs. Or it may be part of a strategy to counterbalance her softer image, because she still needs to keep the FN's core voters fired up," Nicolas Lebourg, a political analyst at the left-leaning Fondation Jean Jaures think tank told France 24.

Thinking of how many people must feel uncomfortable with #LePen's abusive slogan: #AuNomDuPeuple (In the name of the people) https://t.co/Jzq1IMQfG0

The issue of extremist remarks within the Front National is a sensitive on for Le Pen, given the historic split within her own family after a string of racist remarks made by her father, Jean-Marie Le Pen.

© AFP 2021 / Joel Saget
Jean-Marie Le Pen Threatens Daughter Marine With Rival Party Bid
In April 2015, Le Pen reiterated his past comments that the Nazi gas chambers were a mere detail of history and his daughter — who took over as president of the National Front in 2011 — suspended him from the party. Many said she pounced on his comments to suspend him so that he posed no threat to her bid for political power, having moved the party more mainstream.

Marine Le Pen's appointment of Rachline may be seen as an attempt for him to maintain order within the party, while she appeals to a broader audience to gain a greater share of the vote. She suffered a setback in her long term ambitions of becoming France's first female President in the 2017 elections after tactical voting robbed her party of a single win in the regional elections, in December 2015.