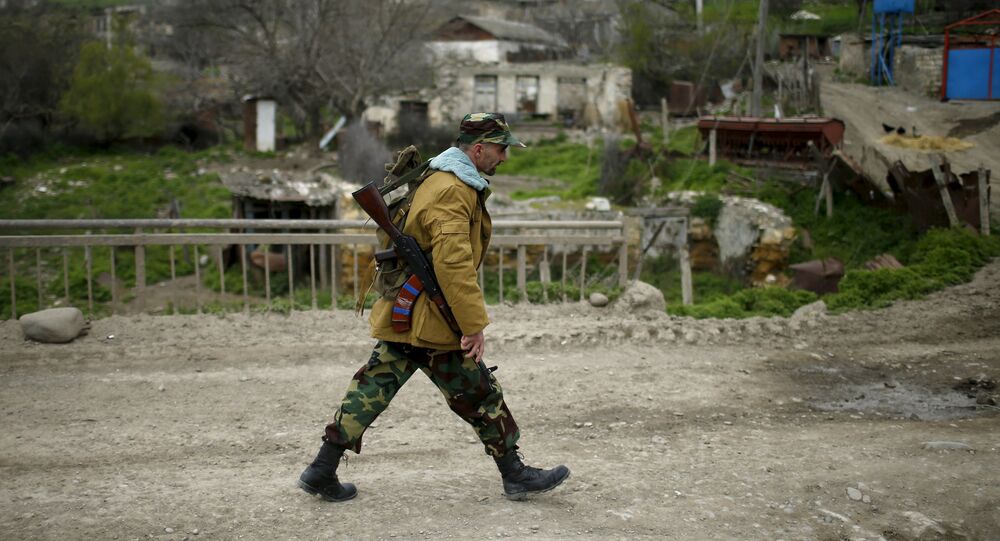 Baku said Yerevan should withdraw its troops from the Nagorno-Karabakh region to improve regional security.

BAKU (Sputnik) — Azerbaijan expects Armenia to stop the military build-up in its ethnically Armenian breakaway region of Nagorno-Karabakh and to engage in talks in good faith on the issue, Foreign Minister Elmar Mammadyarov said.

"Armenia must realize that relying on the status quo and armed provocations is a grave miscalculation. Azerbaijan expects from Armenia to halt its military build-up in occupied territories, and engage in negotiations with Azerbaijan in good faith so as to find a political solution to the conflict, which is long overdue. The sooner Armenia withdraws its troops from the occupied territories of Azerbaijan, the better it is for the regional security," Mammadyarov was quoted as saying by the ministry's press service.

© Photo : Vagan Stepanyan / PAN Photo
Merkel: Russia to 'Play Key Role in Settling Nagorno-Karabakh Conflict'
The escalation of the conflict in the region is likely to take place at any time "with unpredictable consequences," he noted.

Mammadyarov made his statement on Monday at the first meeting of the Organization of Islamic Cooperation (OIC) Contact Group in the framework of the 71st session of the UN General Assembly in New York.

The latest wave of violence erupted in Nagorno-Karabakh on April 2, and led to multiple casualties. The parties to the conflict signed a Russia-brokered ceasefire on April 5, but accusations of truce violations persist.