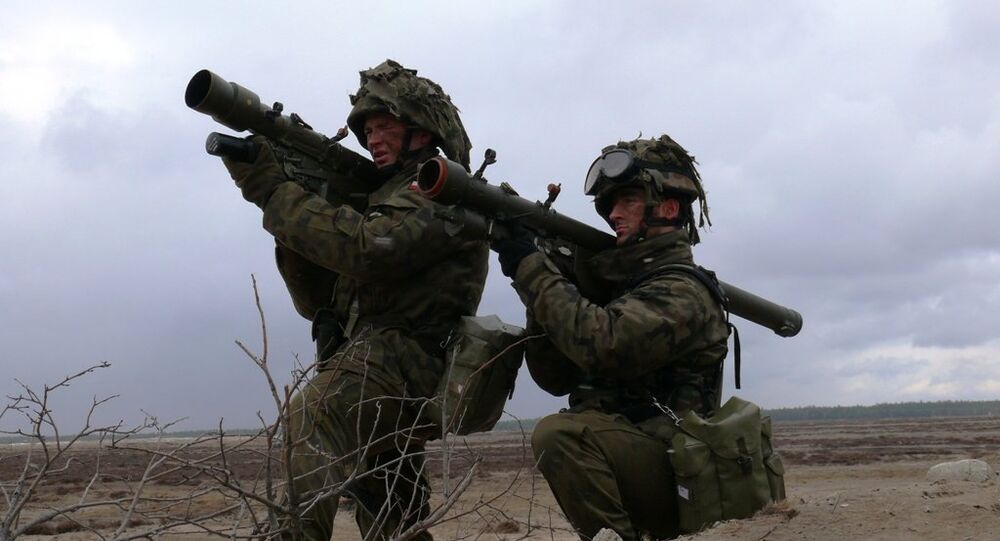 Polish journalist Andrzej Rozenek recently published an article in the Polish news weekly NIE, in which he argued that 18 Polish special forces soldiers were deployed near Donbass at the order of the Polish Defense Ministry. In an interview with Sputnik, Rozenek commented on his publication.

According to the journalist, the military unit was deployed 80 km away from the front line. This move can be viewed as a provocation and might have serious consequences for regional security, and in particular, fuel conflict with Russia, Rozenek argued.

"This is, of course, dangerous, especially if their presence is illegitimate. In this case, we can assume several scenarios. And I think that if someone is interested in fueling the conflict, adding fuel to the fire, then this is the right way to do it — send out soldiers and cause trouble," Rozenek said.

The information, as Rozenek said, is based on the statements of two sources made on the condition of anonymity. The Office of the Polish President has sent an official response to his request, saying that the soldiers were supposed to undergo military training in an international training camp located at the Ukrainian-Polish border, however, Rozenek is confident that the place was chosen not by accident.

"There are Ukrainian troops trained by instructors from NATO countries, and among them are also the Poles," the journalist stated.

© Photo : YouTube/@Dmitry Puchkov
Former NATO Chief: Russia to Invade Poland, Start World War III ‘Overnight’
NATO has been boosting its military presence in Europe, particularly in Eastern European states, since the outbreak of the Ukrainian crisis, citing Russia's alleged interference in the conflict as justification for the move.

At the NATO summit in Warsaw on July 8, NATO Secretary General Jens Stoltenberg said that the military bloc would strengthen its presence in Eastern Europe on a rotational basis with four battalions in Poland and in the Baltic nations.