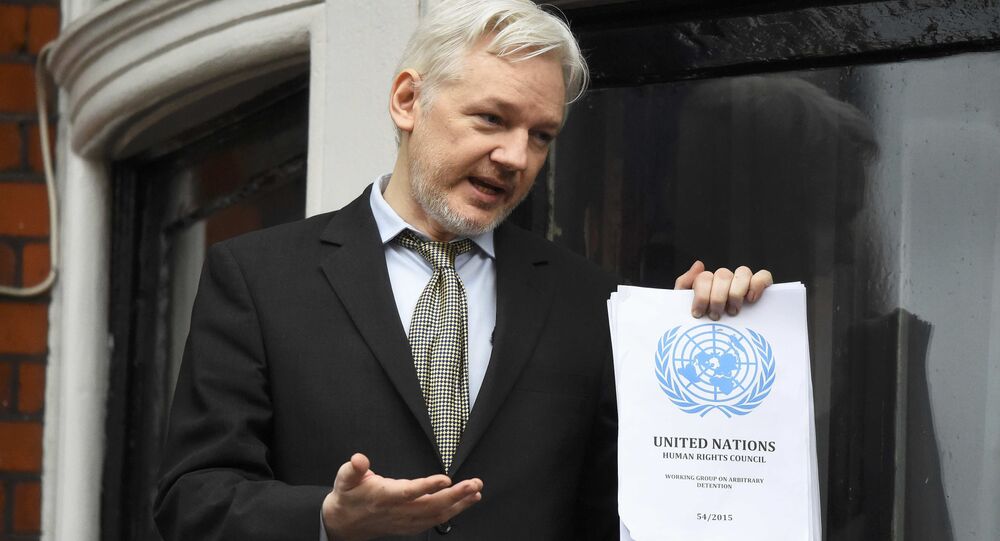 The Swedish Court of Appeal refused WikiLeaks founder Julian Assange's request to have the detention order set aside, according to official statement.

MOSCOW (Sputnik) – The Swedish Court of Appeal said Friday it was upholding the detention order for WikiLeaks founder Julian Assange, accused of sexual assault in the country.

The court also refused Assange’s request for a hearing.

“His stay [in the Ecuadorian embassy in London] is not a deprivation of liberty and shall not be given any importance in its own right in the assessment of proportionality,” the court said.

He denies the allegations, claiming they are a ruse organized by Washington to hand him over to the United States where he is wanted for leaking thousands of top-secret military documents.

In February, the UN Working Group on Arbitrary Detention (WGAD) ruled that Assange's de facto incarceration was arbitrary. The whistleblower lodged an appeal with a Swedish court on August 9, calling on the country to comply with the UN ruling.

Is the Pentagon Behind These Snowden, Assange Wanted Posters?

Swedish Interrogators to Question Assange in London Next Month