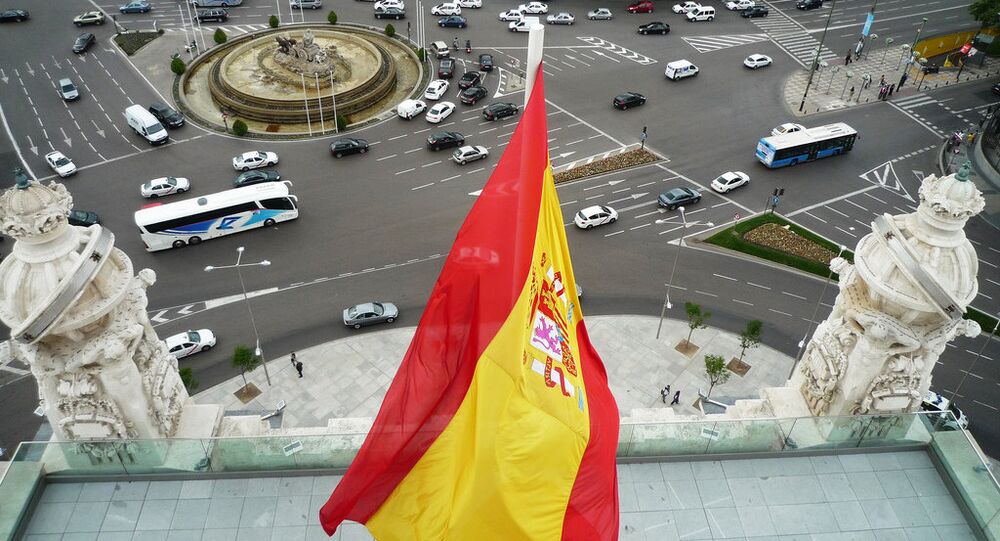 The Spanish government debt grew in absolute values by 10.543 billion euro and reached 100.5 percent of GDP, according to the Spanish Central Bank.

MOSCOW (Sputnik) — The Spanish government debt in the second quarter of 2016 amounted to 1.106 trillion euros ($1.244 trillion) or 100.5 percent of GDP, the Spanish Central Bank said in a press release on Thursday.

While dropping from 100.6 percent in March, the debt grew in absolute values by 10.543 billion euro.

The debt growth occurred in all the autonomous communities, except for the Balearic Islands, the Canary Islands and Galicia with Valencia being the largest debtor.

Between 2008 and 2015, Spain survived the Great Recession, caused primarily by the collapse of a real estate bubble and the accompanying unsustainably high GDP growth rate. Furthermore, in 2012, Spain was became part of the European sovereign debt crisis when the country was unable to bailout its financial sector and had to apply for a 100-billion-euro aid package from the European Stability Mechanism (ESM).