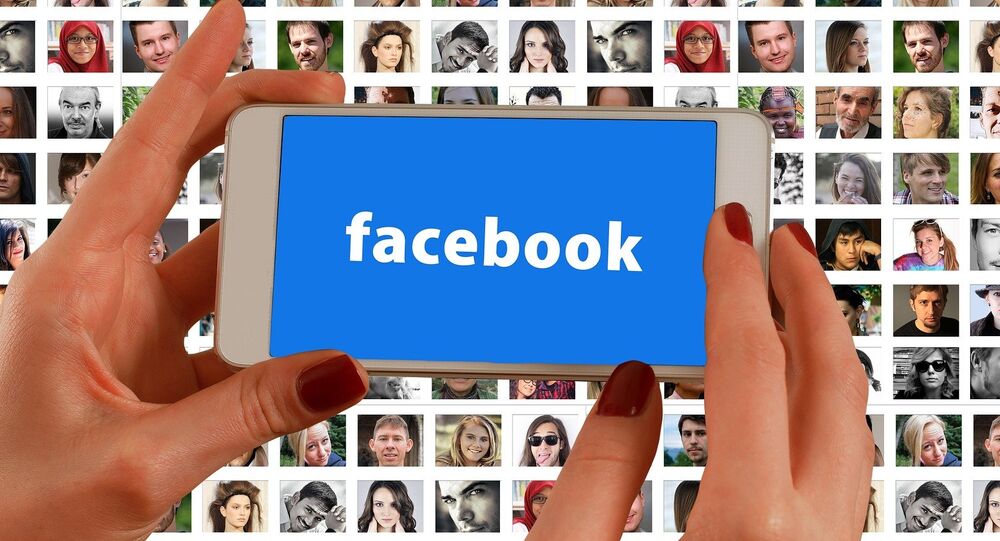 On his website, Hamburg lawyer and blogger Joachim Steinhöfel collects deleted Facebook comments which didn't pose a threat. He believes that the platform is under political pressure, and that it isn't neutral in its approach to censorship. Currently, he is preparing a case against Facebook, and may set a precedent.

"Facebook-Sperre — Wall of Shame" is Steinhöfel's website, where he documents the site's methodology for blocking posts. He believes the site's decisions are motivated by politics rather than its own stated principles.

"There was, for example, a video of a German Shepherd being blown up. This video gathered 200,000 views, and Facebook refused to remove it. Thank God, it was gone a few days later after appearing on our website," the lawyer told in an interview to Sputnik.

© AP Photo / Nick Ut, File
'Napalm Girl' Photo: Facebook Censored 'Evidence of War Crimes in Vietnam'
"In other cases, there were explicit anti-Semitic insults and incitement of ethnic hatred. I'm talking only about the cases when a report was sent to Facebook, and they answered: 'It does not conflict with our safety standards,'" he emphasized.

On the other hand, users who had mocked Muslim headwear by calling the niqab a "cloth bag" or joked about the burka by inventing concept of "gurka," a cucumber with a small cut out for eyes, had been banned from Facebook for a week.

"It is an unbelievable interference in the right to freely express the opinion," Steinhöfel added.

He went on to explain the politics behind these decisions.

© Flickr / Luis
WhatsApp Blasted for Sharing Private User Data With Facebook in Violation of Law
"Regarding political extremism, we often hear politicians talking only about fighting against its right-wing. However, anti-Semitism and left-wing violence should be mentioned, too. If a user expresses his rejoice under the post with a photo of someone's bleeding face, because it was a Nazi injured in a head, it is unacceptable and must also be removed," Steinhöfel said.

On the lawyer's opinion, political pressure is especially strong in the case of specific political issues:

"This happens in cases where migration policy is criticized, when the  resettlement of refugees in Germany is questioned, as well as when conservative positions are expressed."

"I think if there are 200 students sitting there and doing what they want, probably they would sooner leave the posts about the 'Green Party' than about someone of the conservative 'Alternative for Germany.' But both sides can publish whatever they want as long as it is within the law."

Removals and blocking are also happening as a sort of reassurance, when someone says something about the policies of Ms. Merkel. But in a democracy, hard, partly cynical, rude and subjective debates must be permitted, Steinhöfel said.

The recently introduced concept of "hate speech" is counterproductive, the lawyer believes:

"In Germany, everything contrary to the law is forbidden: incitement of ethnic hatred, insulting or hurtful gossip. All the rest is permitted and consistent with freedom of expression at the constitutional level. Interference into this right with such amorphous categories as 'hatred,' which is not even a legal definition, will lead to popular uncertainty, and they will simply not know what they are allowed to say at all. In general, this will end up with obedience, with respect to politically convenient ideas, and with restrictions on free speech," the activist told Sputnik.

The work of Joachim Steinhöfel, who intends to restore the neutrality of posts and comments, has attracted public interest:

"In the month our website has existed, we've received nearly 6,000 likes. Views of individual posts can be measured in the thousands. It shows that a lot of people are interested in our work. If all this goes on and people continue to be active, this will certainly put pressure on Facebook," the lawyer claimed.

He also tries to fight with the platform legally in order to change its practice:

"I have just started the process. Three journalists, whom I represent, have been called a "neo-conglomerate" — it is obviously a personal insult; they do not want to put up with it, first of all, because it's not true. I warned Facebook, and pointed out the given circumstances. The answer was no — the website decided to leave everything like it was. Now we are expecting Facebook to claim to have abstained from any action and to bear the costs. If this doesn't happen, we will bring them to court in Germany, and get a very interesting precedent," the lawyer concluded.