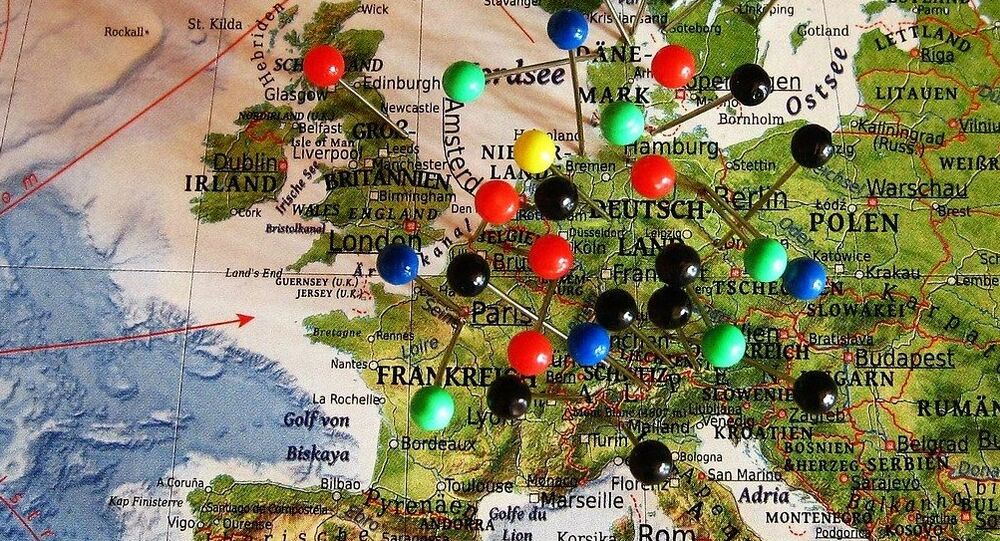 Internal EU tensions have once again been stoked with Luxembourg's foreign affairs minister Jean Asselborn calling for Hungary to be kicked out of the union over its stance on the migrant crisis. The row comes as many EU states draw their battle lines on key issues affecting the bloc.

With Europe still hugely divided over the issue of immigration and the migrant crisis, Asselborn took aim at the Hungarian government's hardline stance towards refugees, which included building a razor wire fence to keep people out of the country.

#Luxembourg's Asselborn's distaste for Hungary is another sign that Western EU does not want Eastern EU in the Club and never did.

​"[Those] who build fences against refugees like Hungary does, or who violate press freedom and judicial independence, should be excluded temporarily or forever from the EU," Asselborn said, adding that such as approach was "the only way to preserve the cohesion and values of the EU."

The refugee crisis and the EU's reaction to it has been an issue of huge disagreement from within the bloc, sparking increased tensions between member states.

While the European Commission, Germany, Sweden and others have called for a refugee redistribution system to be introduced, other member states, such as the Visegrad Four group of Hungary, Poland, Slovakia and the Czech Republic have vehemently rejected such measures, creating an East-West stalemate on the matter.

​The ongoing impasse between member states and the EU's inability to negotiate a common response to the crisis led some countries to introduce their own border controls last year, effectively suspending the bloc's highly symbolic Schengen zone and raising questions over its future sustainability.

The need for an agreement to protect external EU borders eventually led to the EU-Turkey refugee deal. And while politicians have praised its success in stemming the number of refugees arriving from Turkey, critics have raised human rights concerns and questioned the longevity of such an agreement.

Anti-Austerity and the North-South Split

However immigration and refugee distribution are not the only issues creating internal EU divisions, with the bloc's budget restraints and fiscal measures eliciting widespread debate and disagreement.

While Germany and other northern European countries have backed the strict fiscal measures, a number of other nations, such as France, Italy, Spain, Portugal and Greece have called for a relaxation of the rules in order to boost public spending in the hope of stimulating their economies.

​The idea of a southern European anti-austerity alliance has raised concerns in Berlin that Germany could be pressured into loosening fiscal measures.

"After Britain's departure, the 'Club Med' will have a blocking minority that can prevent all kinds of laws in Brussels that it does not like."

"It would not be good if the divide deepened between EU member countries with big budget problems and those with minimal fiscal issues."

While many within the EU acknowledge that there can never be total harmony in a union of 28 nations, the growing divisions and disagreements between member states have also come at a time of radical political change within the bloc.

On the political right, the dissatisfaction with refugee quota proposals has led to a sharp rise in anti-immigrant rhetoric and calls for stricter border protection, while on the left, the EU's insistence on strict fiscal measures has assisted in the popularity of anti-austerity movements such as Syriza in Greece and Podemos in Spain.

"Loss of control is leading to a certain euroscepticism," says Steinmeier but "back to national governments is not the solution" #Riga3plus1

​These political uprisings have also coincided with a purported rise in euroskeptic sentiment in the EU, witnessed by the UK's decision to vote to leave the bloc and a subsequent fear of a domino effect.

As the EU faces some of its biggest crises in recent decades, member states appear to be increasingly split on many key issues, with many drawing their battle lines as the tension heats up.

EU Defense Union Will be 'Alternative to NATO, Prevent Mass Purchases From US'

Merkel, Hollande Use Brexit as Chance to Unify EU's Military