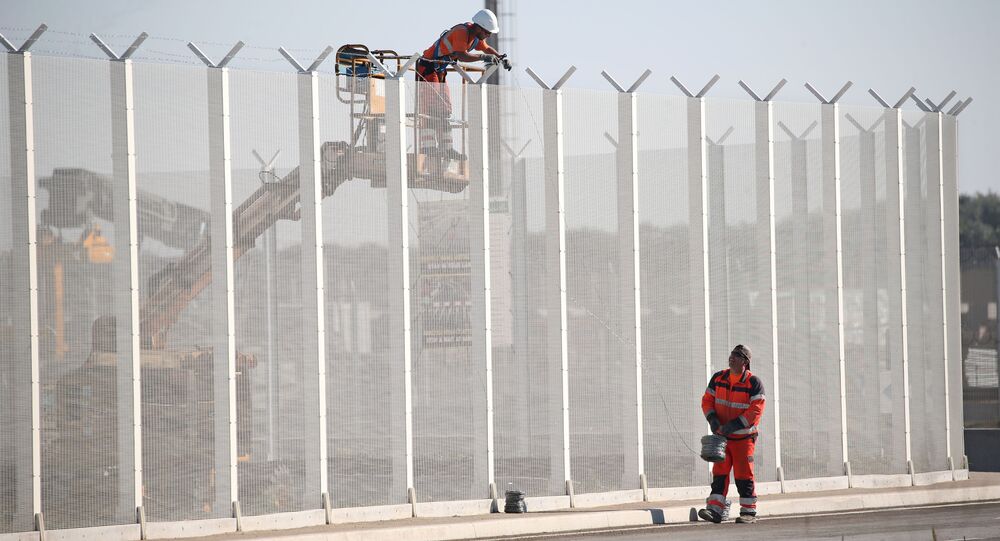 Executive Director of Doctors Without Borders (MSF) in the United Kingdom, Vickie Hawkins stated that further investment from the UK in security measures in the area around Calais, prioritising deterrence over a safe and humane management of the situation, will only further the suffering of refugees who remain in the camp.

On Tuesday, Goodwill announced that the United Kingdom plans to build a 13-foot-high and 0.6-mile-long wall at France's Calais in response to the desperate situation in the so-called Jungle migrant camp as a part of the Anglo-French security package, which is worth 17 million pounds or $22.6 million.

"Further investment from the UK in security measures in the area around Calais, prioritising deterrence over a safe and humane management of the situation, will only further the suffering of those people who remain in deplorable conditions in squalid camps. So far deterrence measures have not proven that they fulfil their objective, rather they have created a policy-made humanitarian crisis in northern France," Hawkins said.

© AFP 2021 / PHILIPPE HUGUEN
UK to Build Wall at Calais Amid Migrant Crisis
MSF UK added that "over the past year and a half, 35 migrants have died in Calais while trying to reach the United Kingdom" and criticized the moves made by the UK and French government on implementing deterrence measures as likely to increase the numbers of those injured or killed in their attempts to board trucks or trains heading towards the UK border.

"The UK and other European Union members have largely failed to manage the refugee and migrant influx to Europe in a way that is in line with their international responsibilities… The UK government must play its part in providing safe and legal passage to refugees including for those currently in Calais that need protection and asylum, none more so than the 800 unaccompanied minors living in desperate conditions in the camps, many of which already have family living here," Hawkins noted.

On Monday, two convoys of at least 40 trucks and tractors joined a demonstration slowing traffic at a major highway near Calais, protesting against the presence of the migrant camp.

Since last year, Calais has served as the location of the Jungle, notorious for its dreadful living conditions. Thousands of migrants, many from the Middle East and North Africa, are living in the Jungle, located not far from the Channel Tunnel, in the hope of reaching the United Kingdom.

Law of the Jungle: Calais Citizens Living on the Brink

UK to Build Wall at Calais Amid Migrant Crisis