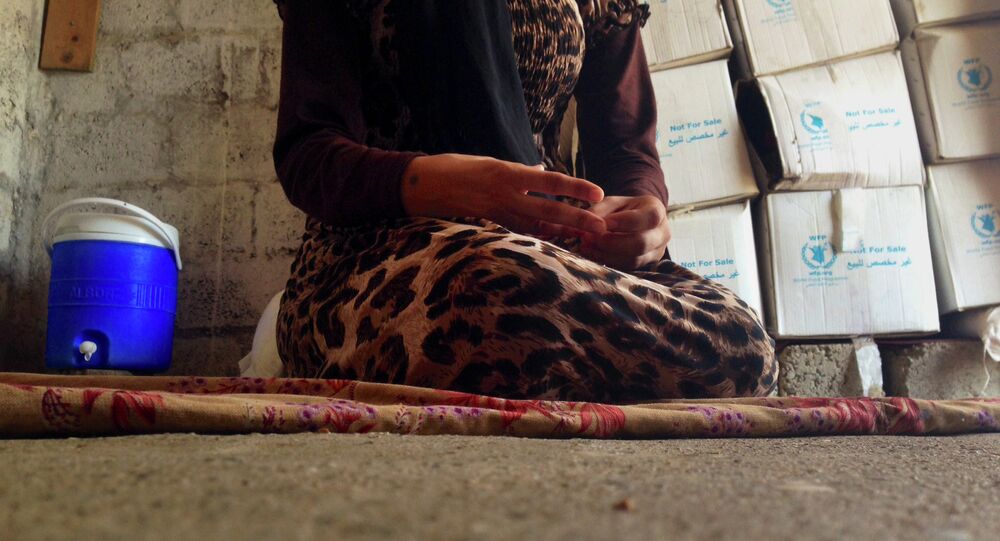 A 14-year-old girl from Syria was married off to her adult cousin, and was later granted asylum in Germany. Should Germany officially recognize the marriage? This case, which became known in May, has sparked a public debate on marriages involving minors.

On Monday, an interdepartmental working group was launched in Berlin to develop an approach to this issue.

"We want to protect children using every means at our disposal", German Justice Minister Heiko Maas noted. He also added that every case is confirmed in a family court, if a husband or wife is younger than 18.

© Flickr / Roberto Trm
German Politician Seeks to Prohibit Multiple Marriages Among Refugees
"However, the current situation shows that we need to figure out, whether it is necessary to recognize the marriage of minors as valid at all, as it is misused on a large scale," the minister said.

"It's not just about refugees, this applies to everyone living here," Maas stressed. "Those who were born in Germany and wish to marry before reaching the age of majority have to first obtain the permission of a family court. This is a proven approach."

According to existing German law, a couple is allowed to wed if one or both of the partners have turned 16 and obtain court permission.

The Justice Minister also said that the cases of abuse are worth noting: "We must think about the abuse cases before we allow entry to the relatives within the framework of reuniting families. Unfortunately, such cases exist where the marriage was not entirely voluntary."

"We want to find a solution to this problem. I am sure that in the nearest weeks, the federal and regional authorities will provide their solutions," Heiko Maas assured.

© AFP 2021 / ARNE DEDERT / DPA
Marriage of 15-year-old Syrian Refugee Puts German Judges in a Quandary
The 14-year-old girl, who married her 21-year-old cousin in Syria, fled the civil war and arrived in Aschaffenburg, a city in northwest Bavaria, together with her husband. The Youth Welfare Office refused to recognize their marriage and took the girl into custody to ensure the child's protection. Her husband appealed to a family court, and initially lost the case.

Over the past year, more than 1,000 such weddings have been conducted across the country, the vast majority of them involving older Muslim men, many of them recent migrants, among the nearly one million who have come to the country since the start of 2015.

Early Marriage is Cruel Form of Violence in Afghanistan