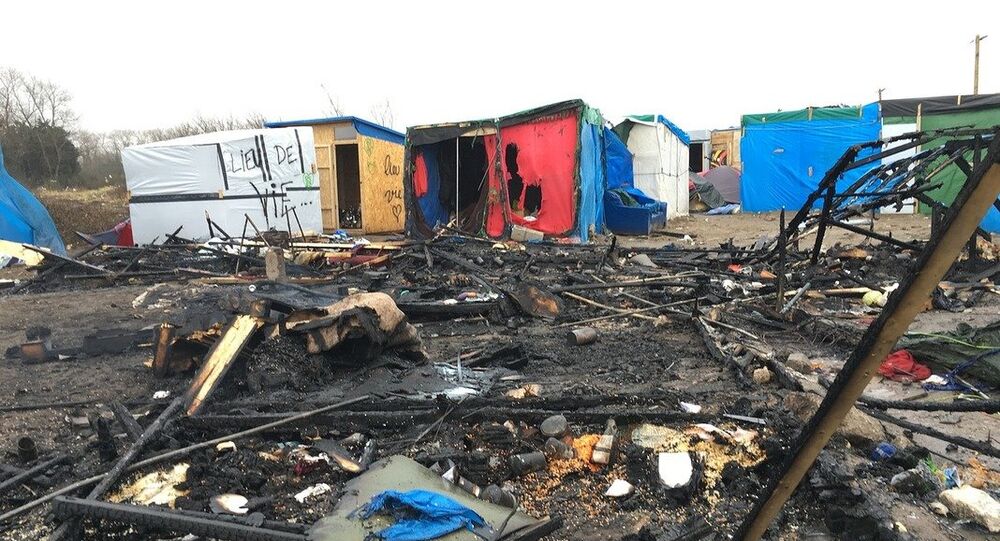 Some 150 activists gathered Friday in front of Home Secretary Amber Rudd office in London to call on the UK government to fulfill its commitment to unaccompanied refugee children as stated in the Immigration Act and receive hundreds of minors living in the Calais camp.

© AFP 2021 / PHILIPPE HUGUEN
Fed Up Calais Locals Protest 'Jungle', But is the Move Politically Motivated?
MOSCOW (Sputnik) — According to the BBC, the Citizens UK campaign group, which is organizing the event, handed a list of the 387 children in Calais who are eligible to come to the United Kingdom under the Dubs Amendment, to the Home Office.

Lord Dubs, the man who put forward the amendment to the Immigration Act enabling the relocation of refugee children, on Friday accused the government of stalling on its commitments.

"I am deeply saddened that despite repeated calls from me and others, the government still seems to be dragging its feet on the commitments it made when the amendment in my name was accepted,” he told the BBC Radio 4.

He added that the government has no excuse for any further delays and that Prime Minister Theresa May and Home Secretary Amber Rudd must act immediately.

Calais or “the Jungle” is a refugee and migrant camp in the vicinity of the city-port of Calais in France. Many living in this camp attempt to illegally enter the United Kingdom via the nearby Eurotunnel. According to a July 2016 census by the NGO Help Refugees, the camp was inhabited by 7,307 people, 761 of whom were minors.