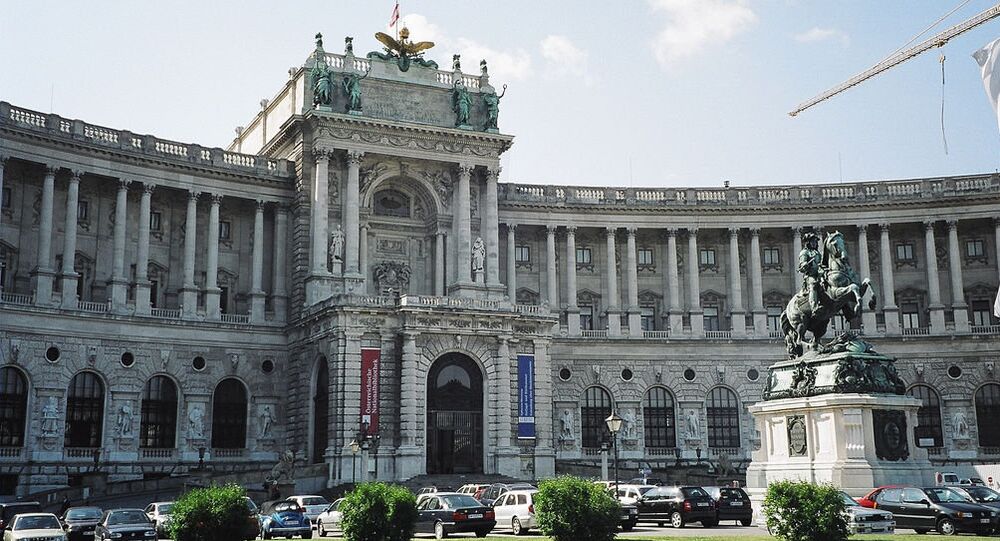 Austria's presidential revote is entering its final stage. The revote, coming about after the annulment of May's results, will take place October 2. Its frontrunner, the Freedom Party's Norbert Hoffer, has made an interesting proposal: establishing a Benelux-like union with states which were formerly part of the Austro-Hungarian Empire.

October's historical reelection, which came about after the country's Constitutional Court ruled to annul the results of May's runoff elections due to irregularities, is a two man race between the right-wing populist Freedom Party's Norbert Hofer, and independent, Green Party affiliated politician Alexander Van der Bellen, a social liberal and environmentalist. Opinion polling from late August showed Hofer leading his opponent 53% to 47%, according to Gallup/Osterreich, with the race remaining virtually neck and neck since the revote was announced.

Through the course of the campaign, the Freedom Party has continued to push its anti-immigration policies, which became a hot-button issue recently amid Europe's Mideast migrant crisis. At the same time, Hofer and his party have softened their anti-EU rhetoric, and stopped agitating for 'Austerexit', Austria's withdrawal from the European Union. Hofer has even suggested that Vienna and Brussels may "work more closely together" on "major issues," including security and the European economy.

Most interestingly of all, Hofer and the Freedom Party have creating a unique idea for increasing Austria's geopolitical clout in European affairs. On Monday, the candidate said that he would like to establish a 'Benelux-like' union within the EU featuring neighboring states including Austria, Hungary, the Czech Republic, Croatia and Slovenia. The point of the new entity? To increase Vienna's influence in Brussels, thereby assuring the defense of Vienna's national interests.

© REUTERS / Heinz-Peter Bader
Austria Presidential Candidate Hofer Wants Benelux-Like Union With Neighbors
"We should use the example of the Benelux countries. Benelux is not that big, but its influence on the European decision-making process is significant. Therefore, we need a union within a union where Austria, Slovenia, Croatia, the Czech Republic and Hungary would cooperate," Hofer said, speaking to journalists during a presentation of his presidential platform.

One does not need to be much of a history buff to realize that the countries involved in this 'union within a union' proposal effectively constitute, with a couple exceptions, the former Austro-Hungarian Empire, which collapsed in 1918 shortly after the end of the First World War. The only countries Hofer left out of his list that were part of the empire in their entirety were Slovakia and Bosnia. Other nations whose territories used to be included in the old Empire include Romania, Serbia, Italy and Ukraine.

Commenting on Hofer's proposal, Russia's Expert magazine suggested that the Austrian politician's proposal is very much a sign that the "once very common and popular idea of a 'United Europe' is, with each passing day, becoming more and more meaningless, because the EU is literally being pulled apart by smaller unions."

© REUTERS / Jon Nazca
EU Should Draw Conclusions From Brexit as Bloc's Mistake - Polish FM
"It's enough to mention the Visegrad Group (including the Czech Republic, Slovakia, Poland and Hungary) and the so-called Weimar Triangle (Germany, France and Poland), who recently met in Warsaw and Ettersburg [on August 26 and August 28], respectively. Then there's the Benelux (Belgium, the Netherlands, and Luxembourg), perhaps the oldest [politico-economic union] of countries on the continent. Greece, meanwhile, has offered to create a Southern group, which could include the Balkan countries, and possibly France."

"All these groups and alliances," Expert noted, "are being created to coordinate countries' positions on important issues. Hofer said that they are helping small countries to successfully defend their interests in Brussels. This is clearly evident, according to the politician, by the example of the Benelux."

Vienna's relationship with Brussels, particularly after the Brexit referendum where the UK voted to leave the EU, is expected to remain at the forefront of Austria's presidential election. Hofer's opponent, Alexander Van Der Bellen, has sought to make use of Austrians' concerns about Brexit. One of his key election slogans has been 'Stronger Together. No to Austerexit!'

But the Freedom Party may have effectively taken the wind out ofVan Der Bellen's sails with their talk of remaining in the EU, but pushing for Austria's national rights at the same time. A Monday poll by Austrian magazine Profil found that 67% of respondents were confident that Hofer would win the upcoming election, with only 24% saying that they thought his chances of doing so were poor.

© REUTERS / Vincent Kessler
Austria Chancellor Criticizes Juncker's Calls to Continue Talks on Turkish Accession to EU
The Freedom Party's views align to a considerable extent with fellow anti-globalist and Euro-skeptical forces including the French National Front and the Alternative for Germany party. The Freedom Party congratulated Britons on their exit from the EU in June, but have since also said that they would push for a similar referendum on EU membership only if Brussels allowed Turkey to enter the bloc, or if Brussels attempted to make changes to EU laws which would weaken national parliaments.

The results of the May 22 runoff race, which gave Van der Bellen victory over Hofer by less than 31,000 votes, were overturned in July, after the Constitutional Court found that over twice that number of votes (nearly 78,000) was affected by breaches in the electoral code, including counting by unauthorized personnel, premature tallying, invalid ballots and other violations including voting by non-citizens.